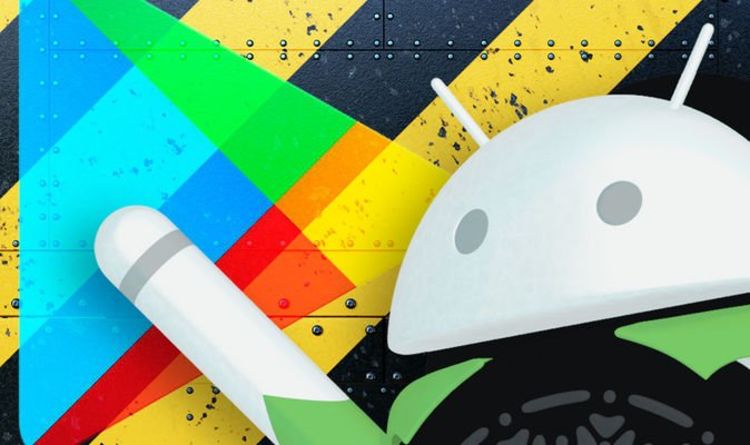 Android users should be on the lookout for 19 vicious apps that could turn their devices into an advert-filled mess. That’s the warning from the security team at Avast who say they have discovered the threat lurking on Google’s official Play Store. A total of 21 adware-packed apps were found to be targeting Android users with three already having been removed by Google.

However, Avast says that a further 19 are currently under investigation and remain available to download.

This fresh alert targets users looking for fun games to play with the titles promising to virtually “let your car fly across the road, trees, hills”, to shoot criminals from a helicopter, or, for household enthusiasts, allow players to virtually iron their clothes.

It seems these genres are popular with the apps having been downloaded a whopping 8 million times.

Once downloaded the HiddenAds Trojan sets about displaying intrusive ads and can even launch these annoying messages when the original app is closed. To make matters worse, cyber crooks often use a stealth tactic where they are able to hide the app icon making hard to find and delete.

READ MORE: Google’s made a change that impacts all Android users and some won’t like the sound of it

Speaking about this new threat, Jakub Vávra, Threat Analyst at Avast, said: “Developers of adware are increasingly using social media channels, like regular marketers would. This time, users reported they were targeted with ads promoting the games on YouTube.

“In September we saw adware spread via TikTok. The popularity of these social networks make them an attractive advertising platform, also for cybercriminals, to target a younger audience,” said. “While Google is doing everything possible to prevent HiddenAds from entering its Play Store, the malicious apps keep finding new ways to disguise their true purpose, thus slipping through to the platform and then to users’ phones. Users need to be vigilant when downloading applications to their phones and are advised to check the applications’ profile, reviews and to be mindful of extensive device permission requests.”

If you’re concerned by this new threat, the list of HiddenAds applications on Google Play Store can be found below.

Avast has also released advice on how to recognise adware apps with the firm saying: “Generally, adware is a type of malicious software that bombards a user with excessive ads in and outside of an app.

“Applications have many 5- and 1-star reviews. The reviews often cite low functionality and/or excessive ads, or are overly enthusiastic and positive. When clicking on the apps’ developer account, adware developers tend to only have one app on Google Play, which can be suspicious. They do this in case their profiles are deleted, they do not lose multiple apps. By checking the permissions an app requests before installing and reading reviews, users can avoid falling victim to downloading any HiddenAds adware.

Samsung is about to launch something ‘new’ and all will be...