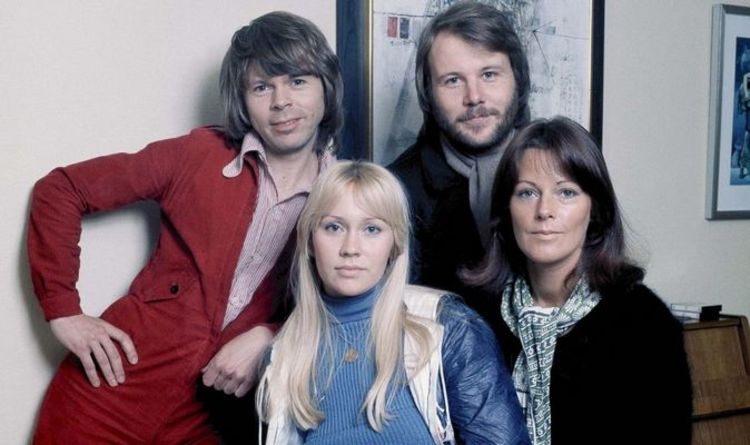 ABBA has had some incredible hits over the years, from Waterloo to SOS to Dancing Queen. Their music has gone on to take on a new lease of life as a stage show, the Mamma Mia movies and hopefully more music will come out for fans to enjoy. But the band was also known for its double marriage.

Are any of the ABBA band members still together?

And in 1978, Anni-Frid Lyngstad married Benny Andersson, with whom she had been in a relationship since 1969.

These relationships brought the band together at the start and lasted pretty much throughout the entirety of the band’s success.

However, things soon turned sour, and the band struggled to continue to create while there were difficulties and splits in their marriages.

Björn once said of the songwriting process during that time: “I think I wrote ‘Knowing Me Knowing You’ before the divorce.

“In many ways, Agnetha and my divorce was an amicable one, we just grew apart and decided let’s split up.

“Benny and Frida’s was a little more difficult. It was not a happy time but still very creative.”

The song The Winner Takes It All, however, was about their divorce, and Agnetha sang the song.

Agnetha talked about it in an interview with You magazine, saying: “Björn wrote it about us after the breakdown of our marriage.

“The fact he wrote it exactly when we divorced is touching really. I didn’t mind.

“It was fantastic to do that song because I could put in such feeling.

“I didn’t mind sharing it with the public. It didn’t feel wrong. There is so much in that song.

Björn and Agnetha divorced in 1979, while Benny and Frida announced their divorce two years later, in 1981.

While each member was focussing on other work, such as solo careers and songwriting, their marriages are believed to be the reason the band could not continue together.

Having said that, for Björn and Agnetha, both have said their split was fairly “amicable.”

Each member has gone on to remarry.

Agnetha married Tomas Sonnenfeld, but they divorced after three years of marriage in 1993.

Björn married Lena Källersjö in 1981, a year after his divorce from Agnetha, which likely did not help the band dynamic in their later years.

Frida married Prince Heinrich Ruzzo Reuss of Plauen in 1992, but he died of cancer in 1999, making her the Dowager Countess of Plauen to this day.

Before marrying Benny, Frida was married to Ragnar Fredriksson, but divorced him in 1970.

Like Björn Benny also remarried in 1981, to Mona Nörklit, which likely would have also caused issues given his break up with Frida was far less amicable, according to reports from Agnetha and Björn.

Despite these break ups, the band has been in the recording studio in the last few years, suggesting a full reunion may be in sight rather than just through their holograms, the Abbatars.