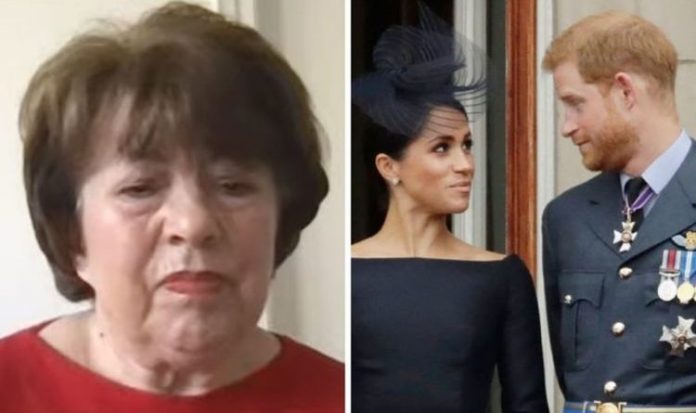 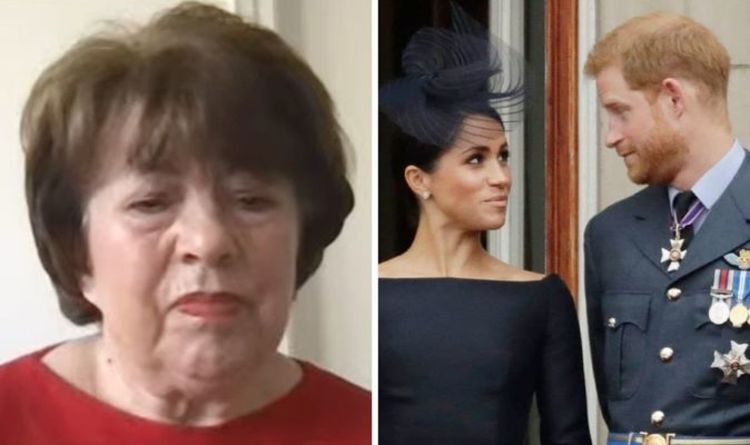 The writer and royal commentator was disappointed the BBC had aired the documentary in the first place and claimed the material presented was inaccurate on GB News on Tuesday morning. Speaking to presenters Simon McCoy and Rosie Wright, Angela Levin accused the film of stirring up more trouble for Princes William and Charles whilst presenting a biased stance in favour of Prince Harry and Meghan Markle.

Meghan’s lawyer Jenny Afia appeared in the documentary, The Princes and the Press, to defend her against claims she had ‘bullied’ royal staff.

The documentary has ignited another row following accusations of the BBC presenting a biased view of Meghan and Harry’s departure from royal duties.

GB News presenter Rosie explained: “Buckingham Palace have accused the BBC of giving credibility to, these are their words, ‘overblown and unfounded claims’ about the alleged rift between Princes Harry and William, in what’s been described as an explosive documentary which aired last night.”

Her co-host Simon added the Royal Family were disappointed the BBC aired the film without providing the Palace with a preview first.

She said: “I think that they’ve had enough of being attacked without speaking out.

“The Queen’s idea of ‘don’t complain or explain’ has been a very strong one, but it doesn’t work in today’s modern world with so much social media.”

The three households representing the Queen, Charles and William issued their response to the documentary on Tuesday morning.

Simon also considered the film unfair considering the 95-year-old Queen’s spate of bad health in the past few weeks.

Angela added: “Yes, I think it’s definitely shocking. And it’s very, very wrong for the BBC to do it.

“This documentary’s taken almost two years to produce, and it is quite out of date, I thought.

“If you allow the lawyer of one side to speak, you have to actually let the other side have a say.”