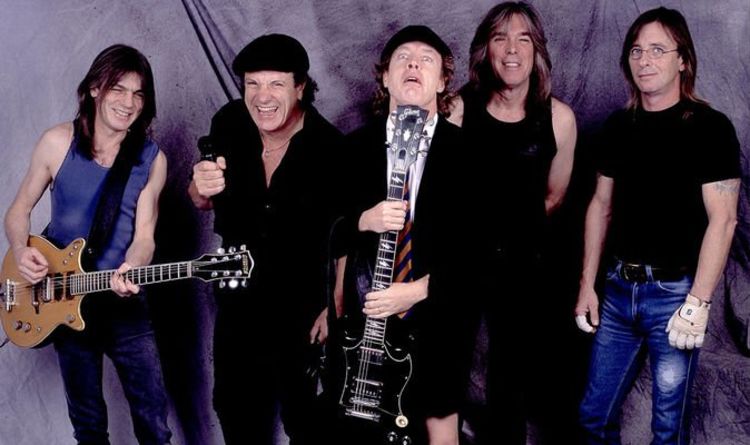 AC/DC co-founder Malcolm Young sadly died from the effects of dementia in 2017 and since then the band have been working on a tribute to him. The rest of the classic line-up in Angus Young, Brian Johnson, Cliff Williams and Phil Rudd (along with Malcolm’s nephew Stevie Young) are releasing a new album called Power Up next month. Now there was a rumour going around for months that Malcolm’s posthumous recordings would be included in the album.

This is how Freddie Mercury was able to sing on Queen’s final studio album Made In Heaven some four years after his death.

However, Malcolm’s brother Angus Young has debunked this rumour.

Instead, the late AC/DC rhythm guitarist’s contribution is mainly the song ideas; unused material which dates back to 2008’s Black Ice.

Angus continued: “At that time he said to me, ‘We’ll leave these songs for now. If we keep going, we’ll be overboard. We’ll get them on the next one.’

The AC/DC lead guitarist and the rest of the band admit to feeling Malcolm’s presence throughout Power Up’s inception.

Lead singer Brian Johnson said: “As Angus would say, the band was his idea.”

Johnson added: “Everything in it ran through him. He was always there in your minds or just your thoughts.

“I still see him in my own way. I still think about him.”

“And then in the studio when we’re doing it, you have to be careful when you look around because he seems to be there.”