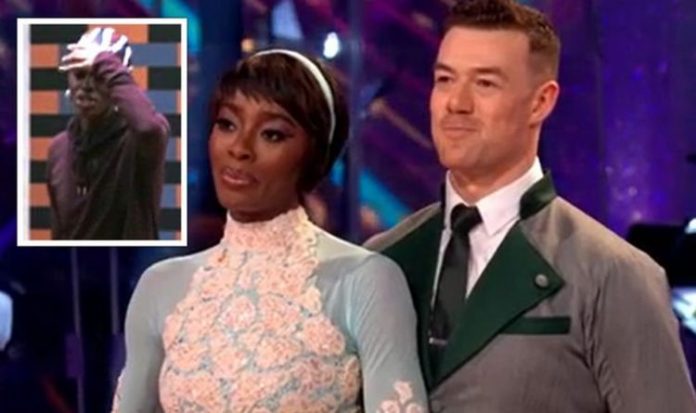 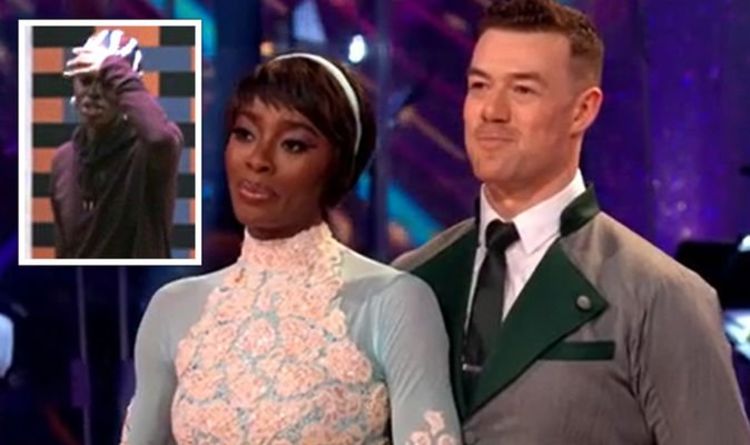 AJ Odudu and her Strictly Come Dancing partner Kai Widdrington have set tongues wagging with their “almost kiss” moments on the BBC One competition. The pair were first up on Saturday night to perform the Waltz to Edelweiss from The Sound of Music. However, AJ told Kai she wasn’t going to kiss him ahead of their Musicals Week performance.

The pair, who were “gutted” to be at the bottom of the Strictly leaderboard last week, have been spending the past week preparing for Musicals Week.

In a montage ahead of their dance AJ said: “The public saw we were in danger and they literally came to our rescue and I want to work extra hard to make sure we don’t see ourselves there again.”

Kai added: “We are through to Musicals Week and we are dancing the Waltz to Edelweiss from The Sound of Music and it’s basically a love story, let’s get to work.”

The duo was then filmed dancing in the countryside to The Sound of Music’s theme song and Kai tried to go in for a kiss.