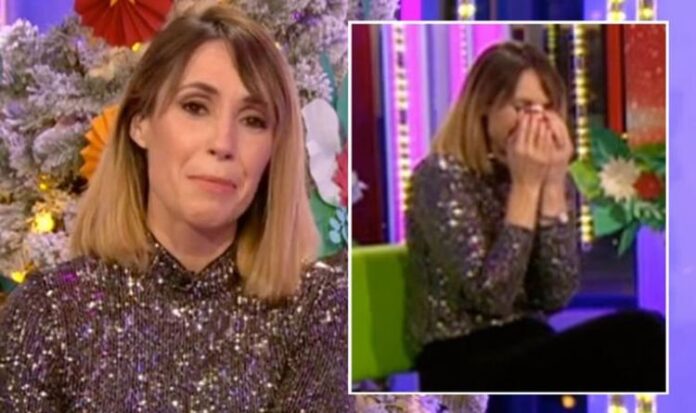 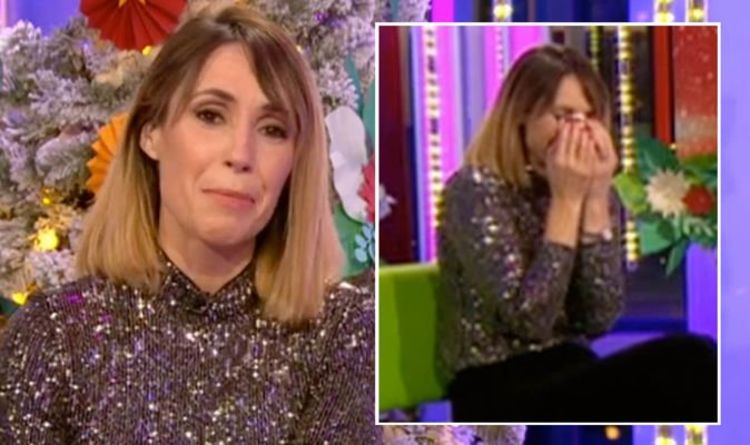 To round of Thursday night’s edition of The One Show, Alex Jones revealed Jamie had travelled to a care home in need of some festive cheer. He put on a special performance for the residents and care workers which was shown along with messages from those working at the home. After the segment was broadcast, The One Show cut back to the studio where Alex Scott had to ask for a tissue for her co-star who was in tears.

“I literally think that has taken us through every single emotion,” Scott said turning to her co-host.

Jones could be heard sniffling as she broke down in tears over the heartwarming video.

“How beautiful and special was that please,” Scott asked.

Jones wiped away tears as she replied: “Oh my gosh! Those messages, it was lovely though when Jamie turned up and they were all dancing.”

READ MORE: Alex Jones swipes at husband on The One Show ‘Hope he’s not watching’

“Then when he was seven, he got a girlfriend but he was still shackled, he had her for 20 years and then she died.

“Then the kids on my Twitter feed started driving me crazy with ‘Free Kavaan’ and I just thought, you know, I’m entertainer, how do I do this?

“I thought, if I don’t pay any attention to them they’ll stop. And they didn’t.”

Alex remarked: “So the power of social media drew you to the elephant and you had some help, you made him happier but then the story gained momentum because eventually you managed to move Kavaan to Cambodia.

Alex Jones breaks down in tears over Jamie Cullum’s performance ‘Get her a tissue!’