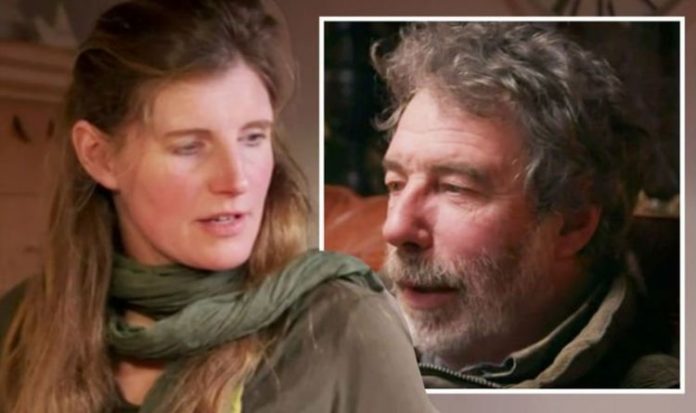 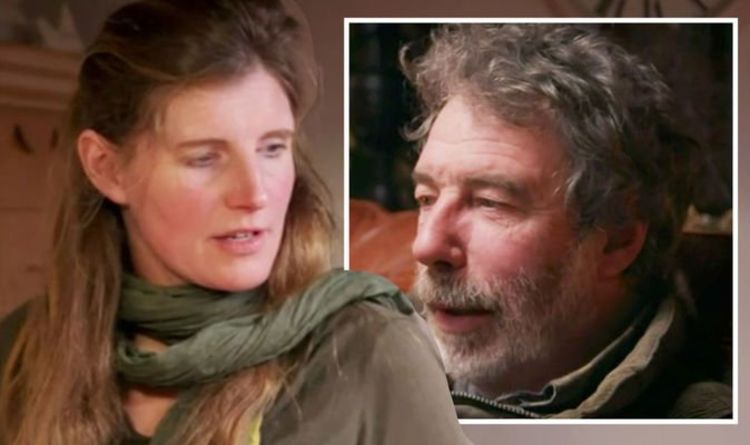 Amanda Owen featured in Sunday night’s edition of Our Big Yorkshire Christmas, which focussed on the stars of Our Yorkshire Farm, The Yorkshire Vet and many more shows preparing for the festive season. The mother of nine only made an appearance in the special Channel 5 programme at the very end when she and the rest of the Owen clan enjoyed Christmas morning. As she watched her children unwrapping their gifts, she spoke to the camera about how strict she and Clive have to be when it comes to buying presents.

The Yorkshire couple have nine children together after marrying in 2000, with daughter Raven being the eldest, followed by Reuben and Miles.

Completing the line-up are Edith, Violet, Sidney, Annas, Clemmy and the youngest of the family Nancy, who was born in 2016.

With so many children to buy presents for, the couple agreed to stick to a Christmas tradition of keeping the gifts to a minimum.

Speaking to the camera and smiling watching her children, the beloved Yorkshire mother said: “With a family of nine, we don’t go overboard.”

“We get stuff the suits them,” Clive added but it seems no matter how many gifts the Owen children had, they still appreciated what they were given.

Towards the end of the 100-minute special, the mother of nine was seen preparing the Christmas dinner and getting the table laid out.

As she pulled the turkey out of the oven, she admitted to the camera one year she had “dropped” the festive bird on her foot.

However, she managed to keep the dinner above the ground in front of the crew and the children were seen tucking into the feast.

Clive took his wife and gave her a hug and kiss before the credits rolled, wishing her a “Merry Christmas” as the children finished eating their food.

This brought an end to the family’s appearance on the show and the scenes were filmed in the midst of the coronavirus pandemic but it didn’t stop the Owens enjoying the festive season.

Last year, the Yorkshire Shepherdess was on top of her preparations for Christmas and so much so, she gave Clive his early.

The father of nine needed a new pair of wellington boots as he found a hole in his own pair and they weren’t in the best condition to farm.

Therefore, his wife bought him a new pair but she didn’t want him to suffer in the field until he could open them at Christmas.

She decided to give them to him before the big day but he only opted to wear one of them as the other one of the old pair had nothing wrong with it.

It’s not just her children who the mother of nine has to cater for at Christmas as she and her husband still have to take care of the livestock.

Not all of them stay outside, however, with Ciara the cow opting to spend most of her time inside with the family.

Speaking about their domestic cow, Amanda said: “She was fed by hand as a calf because her mother didn’t have any milk, so she thinks she’s a human.

“She doesn’t like the rain. It’s a problem, actually. I’ll be doing something and I’ll shout ‘why do I smell cow?’

“And she will be in the living room,” the Shepherdess explained in an interview with the Daily Mail ahead of the festive season.

Our Big Yorkshire Christmas is available to stream on My5.