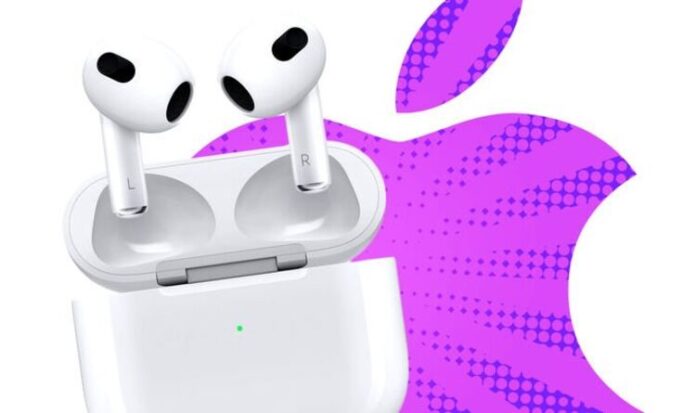 Looking for the best deal on the Apple AirPods Pro? Call off the search, you’ve found it! Amazon has dropped the price of the Apple AirPods Pro to an all-time low – beating the already generous price drop that it had launched during the Black Friday sales last year. For a limited time, Apple fans can pick up a pair of AirPods Pro for just £174.99. That’s a ginormous £64 saving compared to buying the same wireless earbuds from the Apple Store today. Woah.

Better still, if you’re a Prime member, Amazon will deliver these ‘buds next day at no additional cost. In some areas, you might even be able to take delivery on the same day.

At £174, AirPods Pro are now just £6 more expensive than the third-generation Apple AirPods, which boast a similar design to the AirPods Pro but do not support active noise-cancellation. As the name suggests, this cancels out ambient sounds around you – like the rumble of a plane engine or the sound of the tracks beneath the train – so that you’re better able to hear your playlist, phone call, or podcast even at lower volumes. AirPods Pro also ship with interchangeable rubber tips to create a seal in your ear.

Until now, the lowest price for the AirPods Pro from Amazon was £187. This price drop took place during the Black Friday sales last year, with Amazon then selling the AirPods Pro for £189 for the first three months of the year. The current price – £174.99 – is the lowest we’ve ever seen. Unfortunately, there’s no guarantee that it’ll be around for long.

AirPods Pro is powered by the custom-designed H1 chip, which enables some of the most popular features in AirPods, like Spatial Audio.

This small but powerful chipset is the reason you won’t find Spatial Audio on other third-party earbuds for the iPhone. It also enables the trademark one-tap pairing between Apple devices and AirPods, which saves you from digging through the Settings menu. Instead, the wireless ‘buds will pair the first time that you flip open the case beside an iPhone, iPad, or MacBook. The AirPods will be synchronised with your Apple ID account. As such, if you own other Apple-branded devices, your new AirPods Pro will automatically switch as you move between them – and pair with your iPhone again as soon as you have an incoming call.

As such, you’ll never need to worry about pairing or unpairing, just pop the AirPods into your ears and the AI baked into the H1 chipset will do its best to work out which gadget you want to use the wireless ‘buds with. This allows you to take your AirPods out with an Apple Watch to listen to podcasts, playlists from Apple Music, or make phone calls from your wrist. As soon as you walk through the door and start playing a video on YouTube on an iPad, Apple will recognise that you’re no longer listening to the music from your Watch and switch over the AirPods to the new device.

Your BT router is due an upgrade that’ll fix all of...

End of Windows 10? Microsoft reveals an important date all users...