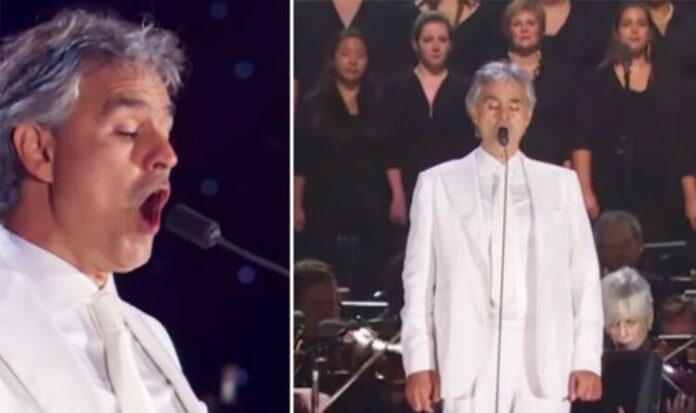 Andrea Bocelli showed no sign of stopping during the pandemic; finding ways to perform in whatever ways he could. Along with releasing his Believe album, the Italian tenor has since put out the 10th anniversary remastered version of his Concerto: One Night In Central Park record. Back in 2011, the maestro performed accompanied by the Westminster Symphonic Choir and New York Philharmonic Orchestra to over 70,000 people on the great lawn.

To marry Turandot, Calaf must answer her three riddles correctly, but if he fails he will be beheaded.

Nessun dorma! is the prince’s assertion that he will indeed triumph and wed the princess.

The piece was popularised in modern times by Pavarotti, when he performed the aria for the 1990 World Cup.