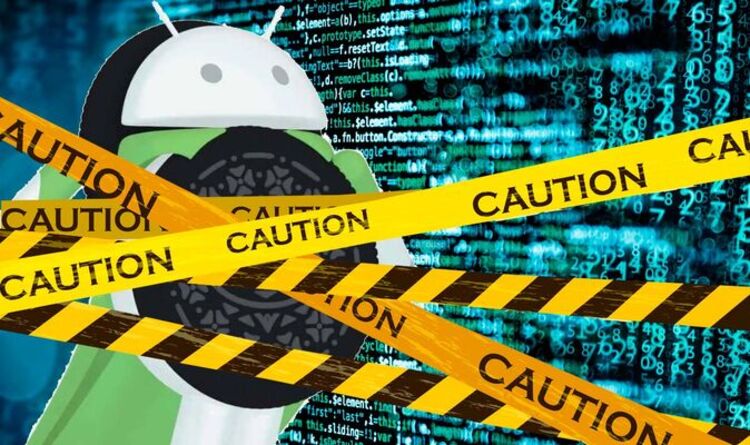 Android users have been put on red alert and told to update their device as soon as possible to stay safe from a critical new threat. The vulnerability affects Android 12 users and would give a hacker the power to steal confidential information and deal serious damage to a smartphone remotely. And this ‘remote escalation of privilege’ attack can be carried out without any interaction from a user, making it an especially sneaky and insidious threat to Android users.

This vulnerability was one of two critical threats that Google has fixed with the February 2022 Android security update.

This patch addresses dozens of vulnerabilities which in total affect multiple versions of Android (i.e Android 12, 11 and 10).

If you run any version of Android below 10 then your device won’t be eligible for these security fixes, so you really need to upgrade your device to keep it as safe as possible.

Speaking about the dangerous remote privilege threat that now has been patched out, Google said: “The most severe of these issues is a critical security vulnerability in the System component that could lead to remote escalation of privilege with no additional execution privileges needed. User interaction is not needed for exploitation. The severity assessment is based on the effect that exploiting the vulnerability would possibly have on an affected device, assuming the platform and service mitigations are turned off for development purposes or if successfully bypassed.”

Thankfully with this specific threat, Google has seen no signs of it being actively exploited by hackers in the wild.

But you won’t want to delay in case this situation changes in the future, so make sure you update your device as soon as possible.

If you’ve got one of Google’s own brand smartphones then you will be first in line for the latest Android update.

The February 2022 Android security update has begun rolling out to Pixel devices from the 3a to the 6 Pro.

In the past, those that didn’t own a first-party Google device could be left facing an uncertain, lengthy wait to download the latest Android update.

In terms of other fixes the latest patch brings, the new download also address six high to critical severity vulnerabilities that affect Qualcomm components. And given how widely used Qualcomm parts are, you won’t want to delay downloading this latest security patch to your device.

Will YOU be locked out of your Facebook? If you ignored...