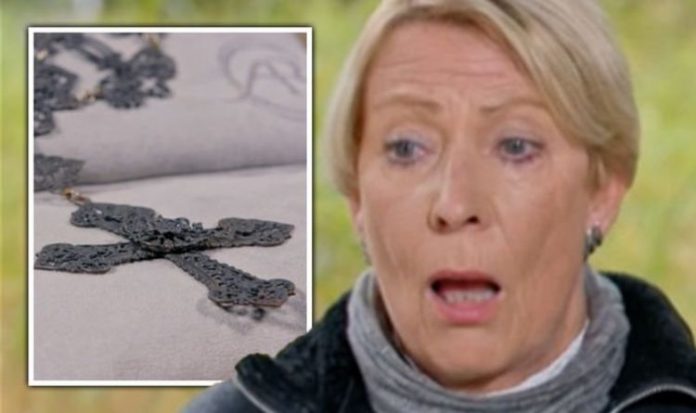 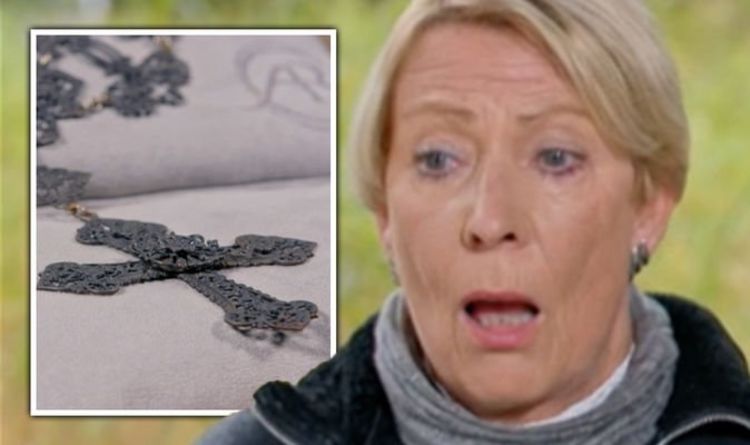 Antiques Roadshow presenter Fiona Bruce took BBC viewers on a festive journey in the Christmas special of the iconic programme. The show featured updates on items seen on past roadshows and unseen treasures from memorable episodes including two guests who were surprised by the huge valuation of their jewellery pieces.

Expert John Benjamin was tasked with evaluating a 19th-century brooch and necklace.

The guest revealed she had worn it once as the expert asked: “What did it feel like to wear it?”

“It’s exactly the same material that nails and railings and cooking pots and anything else you might like to think of practicality are made out of.

“After Waterloo which was of course 1815 Germany, which was on our side in those days had no money.

“And they put out a general proclamation to members of the nobility, ‘Give up your gold and in its place, we’ll give you this stuff’ and people did.”

“It’s all about the hands, the clasp hands of friendship because that was very much a key component of sentimental jewellery in that late Georgian period,” he explained.

“This material, this German material made in Berlin, today is incredibly popular among jewellery collectors.”

Antiques Roadshow expert John left the couple stunned when he revealed how much the items would fetch at auction.

“That little brooch by itself because it’s made in about 1830 that’s worth about £100,” he revealed.

“Gosh,” one of the guests replied and her partner added: “Not a trinket.”

“It’s not a trinket, highly collectable and gothic I know but it’s just what the market wants at the moment,” John added.

Antiques Roadshow continues on BBC One on Sunday at 7pm.