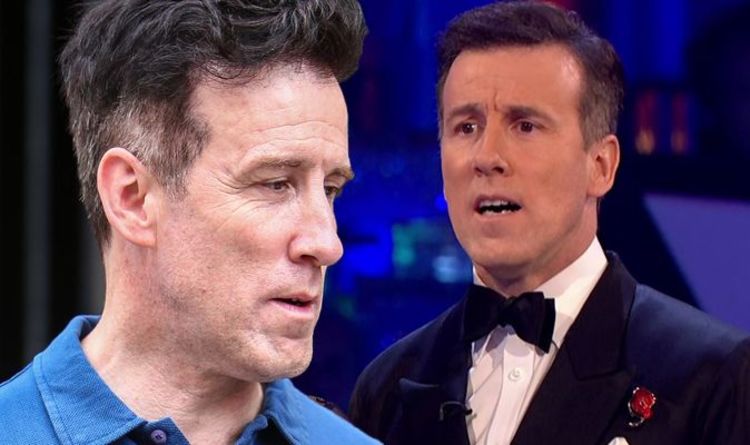 Judy Murray, 61, took part in the 12th series of Strictly Come Dancing and was partnered with professional dancer Anton Du Beke, with the pair making it to week eight of the competition. Despite often placing at the bottom of the leaderboard, the tennis coach was saved each week by the public vote and the judges. Looking back at her time on the BBC competition, Judy has revealed she had the same “heart attack and severe nausea” feeling taking part as she did watching her sons play tennis.

Judy is a regular in the crowd as she watches sons Jamie, 34, and Andy, 33, play tennis.

The tennis coach explained it is often “torture” watching her sons play for over three to four hours, and tried to remind herself she only had to dance for a minute and a half on Strictly Come Dancing.

However, it wasn’t enough to stop her fearing she would fall over or trip up and embarrass herself.

She remarked: “I always describe watching Andy and Jamie as a mixture of a heart attack and severe nausea all going on at the same time.

“For me it was the same kind of feeling just before you walked down those steps at Strictly at the Elstree studios.

“That dread of doing something brand new to you and you’re terrified you’re going to forget your routine.”

Anton’s former dance partner told the Talent Takes Practice podcast: “I was terrified I was going to trip because you’re in heels and I’m never in heels.

“I kept telling myself it’s 90 seconds. You’ve been training all week, trust yourself. It only lasts that long.”

The 2020 series saw Bruno share his thoughts on the celebrity dances with a weekly round up via video link as he was unable to leave the US.

As well as judging on Strictly, Bruno also appears on Dancing with the Stars, and chose to stay Stateside amidst the pandemic.

An insider explained it is “very unlikely” the BBC will choose to include Bruno in the show in a similar way later this year.

They told Mail on Sunday: “This time last year Bruno had been signed up but things are so much less certain now.