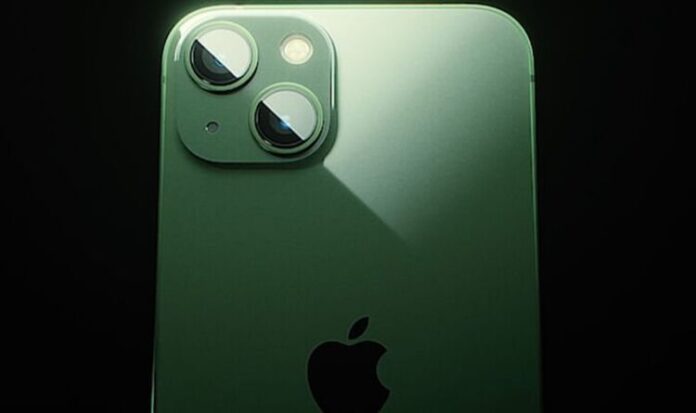 Apple has just revealed two surprise new flagship iPhones at its “Peek performance” event in California. However, before you start fretting that you’ve just bought the iPhone 13 or iPhone 13 Pro and it’s now outdated… don’t worry as this upgrade is simply a new colour. Just as the firm did with the iPhone 12 when it added a purple model to the range. Apple is now launching a Green version of its iPhone 13 and Alpine Green for those who prefer the iPhone 13 Pro.

This updated look will go on sale later this week and other than its shiny new paint job everything else remains the same.

That means you still get an OLED screens, long battery life and more power under the hood thanks to the A15 Bionic processor.

On the rear case, which is made from strong Ceramic Sheild glass, there are the improved rear cameras that not only snap better photos but can add some Hollywood style to your videos thanks to its Cinematic mode.

Finally, there’s Face ID technology for secure access to the display, MagSafe charging which refills things more efficiently and more storage thanks to all models starting with at least 128GB of internal memory.

“People love the design of iPhone 13 Pro and iPhone 13, and we’re excited to unveil the stunning new alpine green and green finishes, which join the wide range of beautiful colours on the iPhone 13 lineup,” said Bob Borchers, Apple’s vice president of Worldwide Product Marketing. “These new colours give customers even more options when choosing their iPhone, and we can’t wait for them to take advantage of all the iPhone 13 lineup offers, including unmatched performance with A15 Bionic, our best camera systems, massive improvements to battery life for everyday needs, fast 5G, incredible durability, and so much more.”

Along with the green iPhone 13, Apple has also revealed a new budget device at its keynote called the new iPhone SE. This new gadget, which costs just around £400, gets 5G technology which can beam films and files to the device at speed in excess of 300Mbps.

There’s also a faster A15 Bionic processor tucked under the hood and Apple has made some improvements to the single rear camera.

There are no big changes on the outside with the SE still getting a design that features a chunky forehead and chin which includes older Touch ID technology.

However, if you fancy an iPhone on a budget this could be one to watch out for when it goes on sale later this week.