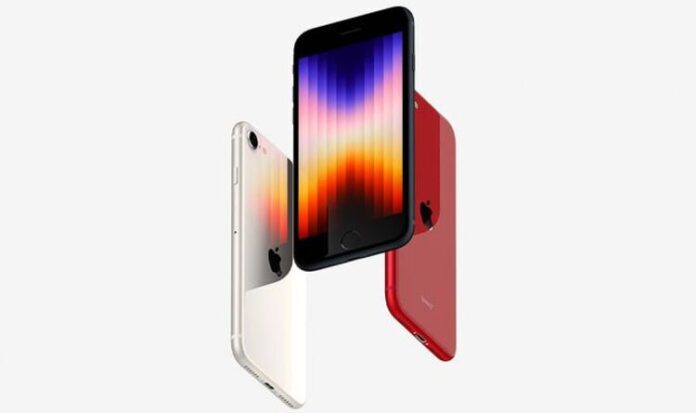 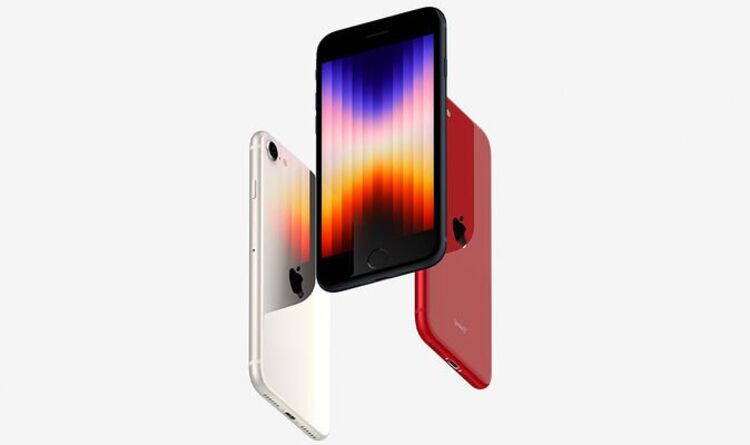 Apple has announced a new iPhone SE – the most affordable smartphone in its lineup – during an event broadcast from its Apple Park headquarters in Cupertino, California. The new model, the third to launch under the iPhone SE (Special Edition) banner, arrives with faster performance, support for 5G downloads, and an improved camera.

The iPhone SE is an outlier in the Apple Store as it’s one of the few devices still available with the trademark circular Home Button.

While the rest of the iPhone models available sport the same all-screen design, where the touchscreen bleeds to the very edge of the chassis, and facial recognition Face ID system to unlock and authenticate payments… the iPhone SE sticks with the Touch ID fingerprint scanner built into the Home Button. You’ll need to hold your fingertip on the button to unlock the device, login to secure apps – like banking software, and authenticate contactless payments via Apple Pay.

Of course, that Home Button takes up valuable space on the design. As such, while the iPhone 13 mini – with a smaller footprint – manages to squeeze a 5.4-inch display into its frame, the iPhone SE only includes a 4.7-inch screen. It’s still a Retina HD display, which means from a normal viewing distance, you won’t be able to distinguish between the individual pixels. That screen is protected by Ceramic Shield – the same toughened glass that protects the £999 iPhone 13 Pro.

Speaking of similarities with the priciest iPhone models, the third-generation iPhone SE is powered by the same A15 Bionic chipset.

That’s the fastest performance that you can currently get from any handset in the Apple Store. Those upgrading from an older handset are sure to see speedier loading times and multi-tasking between apps. Fast-paced graphics-intensive video games will be buttery smooth, and you’ll be able to jump between apps without seeing any slowdown.

The A15 Bionic also brings some photography improvements, including better separation between the subject and the background in Portrait Mode. You’ll also be able to use Portrait Lighting and Photographic Styles, which lets you tweak the chemistry to tune all images from the Camera app to your liking – for example, whether you prefer warmer or cooler photos. This isn’t a filter, but it makes permanent changes to how Apple processes your photos as soon as you press the shutter button.

The new iPhone SE is available in Midnight, Starlight and Product (Red). And it also supports 5G, the latest mobile network technology that unlocks download speeds around 5x faster than the average home broadband speed in the UK.

“iPhone SE has been an incredibly popular choice with our existing users and for new iPhone customers, thanks to its iconic design, exceptional performance, and affordable price. This year we’ve built the most powerful and durable iPhone SE yet, with better battery life thanks to A15 Bionic, the same chip as our iPhone 13 lineup that also unlocks advanced camera features like Smart HDR 4, Photographic Styles, and Deep Fusion,” said Kaiann Drance, Apple Vice President of Worldwide iPhone Product Marketing.

“And with 5G, iPhone SE gives users faster downloads and uploads, higher quality video streaming, real-time interactivity in apps, and much more. Delivering the latest generation of technology and performance at this price is something only Apple can do.”

For those who prefer iOS to Android, the iPhone SE is a great way to enjoy this mobile operating system without paying the £779 needed to buy an iPhone 13 or £999 for an iPhone 13 Pro. While it might have an older industrial design – the chassis used for the second- and third-generation iPhone SE first made its appearance with the iPhone 8 lineup back in September 2017 – it can still access the millions of apps and games in the App Store. It can also be used with Apple’s popular subscription services.

With the iPhone SE, you’ll be able to listen to the millions of tracks available in Dolby Atmos and Spatial Audio with Apple Music, the free magazines with Apple News+, the at-home workout classes included with Apple Fitness+, the free exclusive video games bundled with Apple Arcade, and boxsets, documentaries and movies available with Apple TV+. Apple One is an equivalent to Amazon Prime that bundles a number of these subscriptions together into a single monthly fee, with a discount applied.

Of course, the iPhone SE also offers a low-cost way to unlock Apple’s ecosystem of accessories too, including the critically-acclaimed Apple Watch to track fitness and vital statistics, Apple AirTags to keep track of keys, bags and wallets, and the AirPods, AirPods Pro and AirPods Max.

Apple’s brand-new iPhone SE will be available to pre-order from Apple on Friday March 11, with the first handsets starting to ship on March 18. It will be available in 64GB, 128GB and 256GB models, starting from £419. Apple will launch a number of trade-in deals later this week, with customers who hand over an older device able to get the iPhone SE for as low as £17.45 a month.

Free Disney Plus streams will soon be much harder to watch...

Don't buy a new Android phone! Something even better is launching...