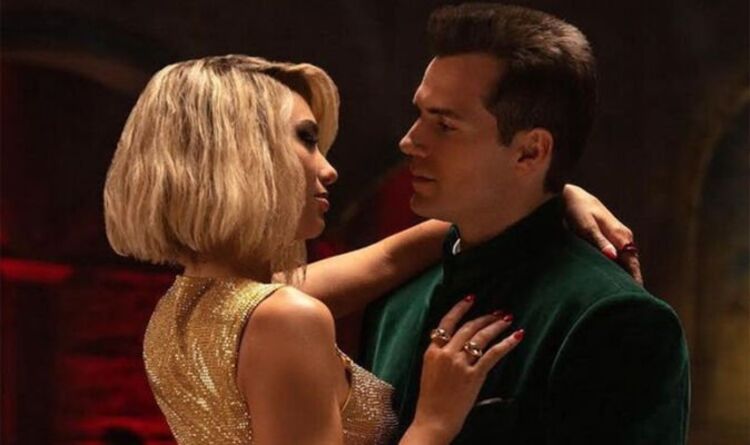 Cavill is one of the frontrunners to be the next 007 and Argylle director Matthew Vaughan even stated that’s why he had snapped up the British star for his own movie. The spy thriller will only add fuel to Cavill’s Bondfire, showcasing yet again his ability to play slick and suave alongside deadly and dangerous. The first image dropped yesterday, followed by the teaser trailer this evening. Vaughan is known for his love of subversive fun and this latest story puts a brand new spin on the classic secret agent romp.

The new Apple TV+ blockbuster Argylle is based on the debut novel by Ellie Conway and the new trailer promises: “The greater the spy, the bigger the lie.”

The bonkers plot follows a top spook who has amnesia and is somehow persuaded that he instinctively knows so much about espionage because he is a best-selling crime novelist. Things start to get even more crazy when his memories start to return and he plots revenge on his old agency.

Vaughan recently told Collider: “It’s just fun. If people think Kingsman was fun… this is on a different level where it’s just going… I was sitting in lockdown, seeing how miserable we all were, and I read it and it made me smile. So, I just thought, you know what, let’s make a movie during lockdown because we put it all together really quickly.

“I was going stir crazy, like all of us at home, and I thought, well look, if I can make a movie and it’s, you know, I thought it was a contained film. It’s gone and exploded, and I couldn’t help it. The set pieces got bigger and bigger and bigger, and I had zero discipline trying to keep it small. So, it’s now huge. It’s now actually the most expensive movie I’ve made. It’s more expensive than The King’s Man, which is ridiculous.”

Argylle currently has no official release date but fans won’t have long to wait with the tag line promising it is “coming soon.”

The film is the latest in a dazzling array of releases headlined by Hollywood A-listers that will not be heading to cinemas. Instead, Argylle is one of the major high-profile 2022 releases that will debut on a streaming platform – in this case Apple TV+.