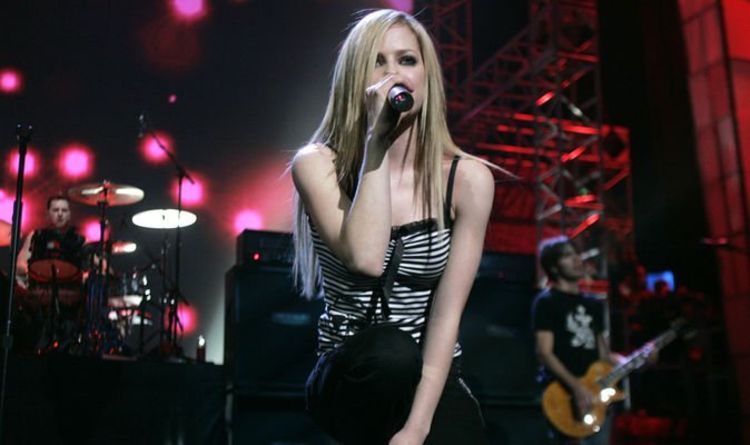 Avril’s comeback over the past couple of months has left her fans utterly ecstatic. The star last released music in 2019 with her sixth studio album Head Above Water – but it wasn’t the singer her fans knew and loved. Instead, it was a more emotional album, full of jazz motifs and a collection of pensive tracks that told of her struggle with Lyme disease. Her upcoming seventh album is due to return to her pop-punk roots, and who better to help with that than a member of Blink-182?

Avril has had a lot of help from the Blink members for this album. In 2021 the Canadian star announced she had signed to Travis Barker’s record label DTA Records. Travis is, of course, the drummer from the band, and a strong supporter of pop-punk and punk rock music. But on the latest episode of Mark Hoppus’ podcast, Mark’s After School Radio show on Apple Music Hits, Avril opened up about working with the legendary bassist and lyricist for the first time. She confessed: “I was really excited to work with you. I mean, to be honest, you’re one of my favourite artists. [The Blink-182 albums] Dude Ranch and Enema Of The State… those were the records I was listening to in high school and as a teenager and I feel like they were really impactful on me as I was coming into my own musical identity.”

The 37-year-old then revealed how impressed she was by the All The Small Things singer.

Avril revealed: “So when I had the opportunity to work with you, which was over Zoom, which was different, I mean, I was so excited and I was really impressed with how efficient you are in the studio. You write, you record yourself, you can engineer, you sing, you’re playing, and so having you on the album is a huge honour for me. So I’m really excited about our collaboration.”

The star also explained how the album’s music is shaping up with Hoppus helping her out.

Let Go was a smash hit for Avril, who was just 17-years-old at the time. The record included such incredible songs as Sk8r Boi and Complicated. It ultimately reached number one in six countries and sold more than 2 million copies worldwide.

Avril continued: “I feel this is my most alternative record sonically. There was a period where it was, on my first album, it was like: ‘Okay, I want to rock out. I want guitars. I want to sound like a band. I want drums.’ At the time, it was bubblegum music. Super pop music was in so I had to fight for that. But then a few albums in, people were like: ‘Radio just don’t play songs with guitars and live drums.’ I had to evolve, but things had to dial back a bit. Not that I wanted to do that, but I did. And so, with this album, I just wanted to not hold back at all and just guitars, drums, just go for it.”

In a statement about Love Sux, Avril said it sends her back to being a teenager. She explained: “To the core, I’m a kid from a small town who listened to bands like Blink-182 and Green Day and NOFX in high school, and I tapped into that.”