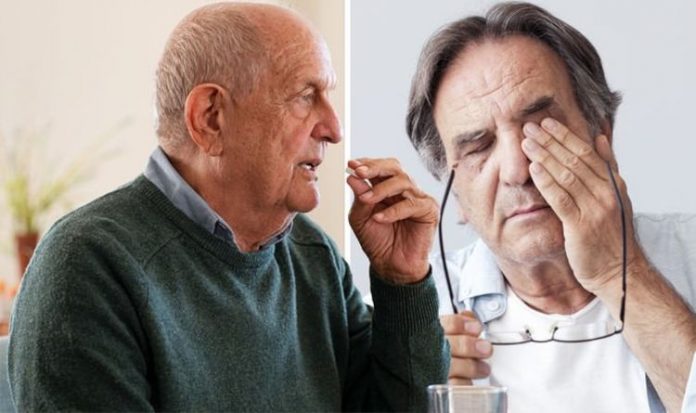 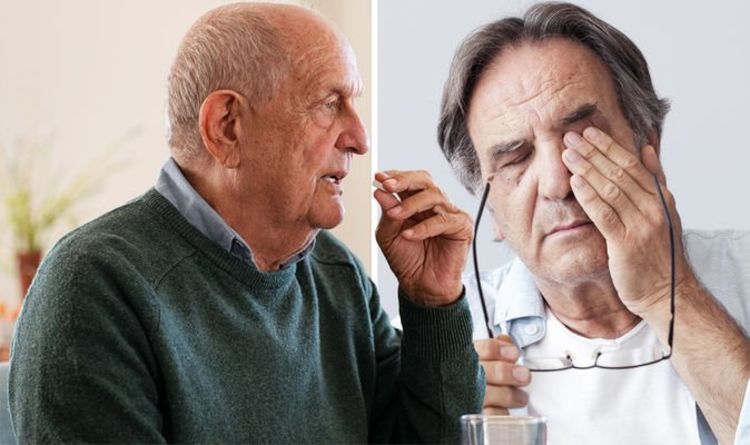 Levels of B12 are exceptionally low among vegetarians and vegans because plants neither make nor require the nutrient. It is believed, however, that as many as one in 10 over the age of 75 is deficient too, because their body is unable to absorb B12. Signs of a deficiency occasionally surface around the eyes, notably in the form of uncomfortable twitching. Research to date suggests the condition can easily be reversed.

B12 is a key nutrient involved in the production of red blood cells, converting food into energy and keeping the nervous system healthy.

The body’s extremities are a well-known site for complications associated with low levels because they are sensitive to touch.

If levels remain suboptimal for long periods, pins and needles or burning sensations may occur.

This is because the sheath that surrounds and protects the nerves becomes damaged, which leads to peripheral neuropathy.

READ MORE: B12 deficiency: The sign of low levels in the ankles and feet that ‘disappears overnight’

Research states that the condition can be reversed, with some evidence suggesting that administration of B12 may help.

In the journal Neurology India, researchers wrote: “[…] Blepharospasm can be a rare manifestation of vitamin B12 deficiency, which is reversible with therapy.

“Vitamin B12 levels and homocysteine levels should be tested in patients with blepharospasm in whom there is no obvious cause for blepharospasm.”

The authors went on to stress that although the condition can be a manifestation of vitamin B12, it remains a rare one.

How to treat B12 deficiency

B12 is naturally found in animal products, so people who eat enough fish, meat, eggs, and dairy will rarely be deficient.

Those with a dietary deficiency, however, will sometimes be offered supplementation.

Others who are unable to absorb the nutrient naturally may be given a B12 infection to top up levels.

B12 infections can only be administered under prescription in the UK.

This will typically be administered six times over a two week period unless the patient is already presenting with neurological symptoms, in which case more may be required.

As a general rule, the UK Government recommends 1.5 micrograms a day for adults.

Campaigns have been launched asking for more regular testing and treatment to maintain healthier levels of B12 among the UK population.

Improved accessibility to intravenous treatment with B12 could maintain better levels over longer periods of time.

B12 deficiency: The sign around the eyes that may be warning that levels are low

Supplements: How cyanocobalamin addresses a vitamin B12 deficiency

Diabetes diet: The £1 fruit to lower your risk of high...