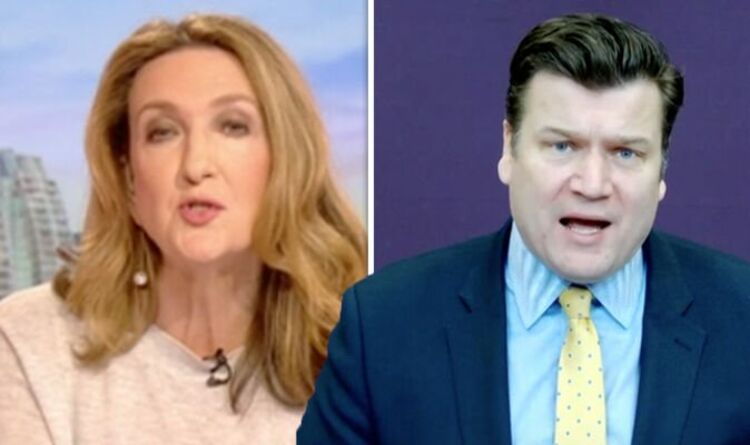 Victoria Derbyshire and Ben Thompson hosted Saturday’s BBC Breakfast as the broadcaster’s coverage of the Russia-Ukraine conflict continued. James Heappey joined the BBC news programme to discuss the Government’s response to Russian aggression but viewers took to social media to slam the interview.

Roger tweeted: “@BBCBreakfast What an absolute car crash of an interview by Victoria Derbyshire,  poorly researched and poor questions being asked.  Truly substandard journalism from the BBC.”

Tina Fowler added: “@BBCBreakfast why do your interviewers insist on asking the same question when it’s already been answered just because it isn’t the answer they want?!”