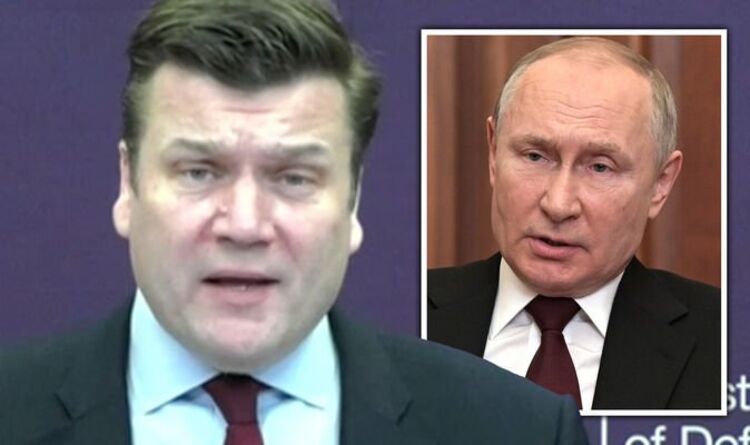 James Heappey was grilled by Sally Nugent on BBC Breakfast as the presenter probed the Armed Forces Under-Secretary on whether Vladimir Putin will be “held account” over reported atrocities in Ukraine. However, BBC viewers took to Twitter to slam Heappey for his lack of clarity on the future of the Russia president.

@namaste66ahimsa vented: “Delusional! You’re never going to hold Putin to account, you know it and so does he! Big words with no legs whatsoever. #BBCBreakfast.”

@RoyLlowarch suggested: “@BBCBreakfast Sadly we will never be able to prosecute Putin for his war crimes.”

@kmacraeplockton tweeted: “UK and other western leaders keep saying Putin and the people responsible will be ‘held to account.’

“Keep hearing those words. They need to clarify what that means. Seem like completely empty words to me. #BBCBreakfast.”

BBC viewers slam ‘delusional’ Heappey’s lack of clarity in Putin row ‘What does it mean?’