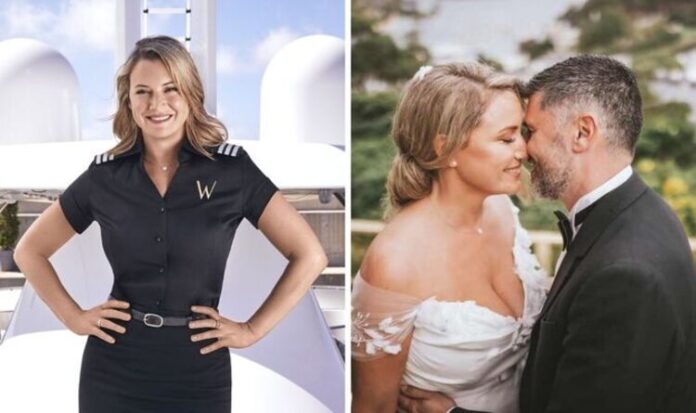 The publication also unveiled three of the groomsmen and the father-in-law sported matching Kilt suits.

Hannah and Josh began dating in 2018 after their first introduction which took place when she began production for season four.

It was revealed, at the time Josh was unaware Hannah was a reality TV star and once she told him, he didn’t care.

The bride shared: “We had a glass of wine and then we went for dinner the next night, and then we caught up for drinks after the races the night after that.

“And then we just spent, like, seven days seeing each other for something each day.”

Below Deck Mediterranean is available in the USA on Bravo and in the UK on Hayu.