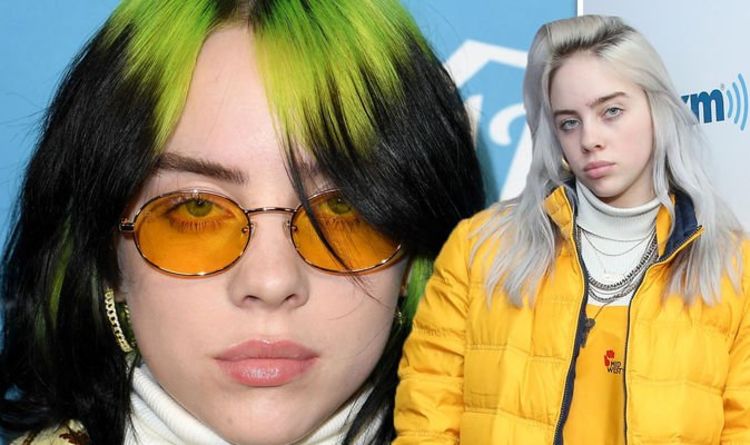 Billie Eilish embodies the teenage angst and confusion many young people feel today. Her music gives them a place where they feel understood – which has won her an army of fans all over the world. Some may hope she has songs of wisdom to share about relationships – but has Billie written about past boyfriends?

Billie Eilish has opened up before about relationships, telling GQ in 2020 about how she never felt ‘desired’ by previous partners.

She said: “I have never felt desired. My past boyfriends never made me feel desired. None of them.

“And it’s a big thing in my life that I feel I have never been physically desired by somebody.

“So I dress the way I dress as I don’t like to think of you guys – I mean anyone, everyone – judging it, or the size of it.

“But that doesn’t mean that I won’t wake up one day and decide to wear a tank top, which I have done before.”

She also explained how she feels some people view her ‘not as a woman’ because of the persona and clothing-style she has adopted, which is certainly a topic which has been included in her work.

Billie released a short video where she spoke out about body image and confidence, while removing her clothes and slipping into a dark pool.

This was used at all of her concerts before she hit the stage, showing how messages from her own personal life are integral to her music.

She added in relation to the video: “That tour video was about all that. It is me saying: look, there is a body underneath these clothes and you don’t get to see it. Isn’t that a shame?

“But my body is mine and yours is yours. Our own bodies are kind of the only real things which are truly ours. I get to see it and get to show it when I want to.”

In terms of her relationships, she admitted she had been in love in an interview with 3Voor12 magazine, where she said: “I was in love, [but] not at the moment.”

“I’m in love with her,” she added, pointing to herself.

“The crazy s**t I have gone through. I have never felt powerful in a relationship.

“[Well] I did once and, guess what, I took advantage of that person’s kindness. I wasn’t used to it.”

While it is not clear exactly whether these things were included in her songs, we know Billie and her brother, Finneas O’Connell, write about personal things, and she is keen to share personal messages with her fans.

As a result, while it is hard to tell exactly which relationships have turned into songs, and who they were with, this is likely to be part of Billie’s lyrical style.