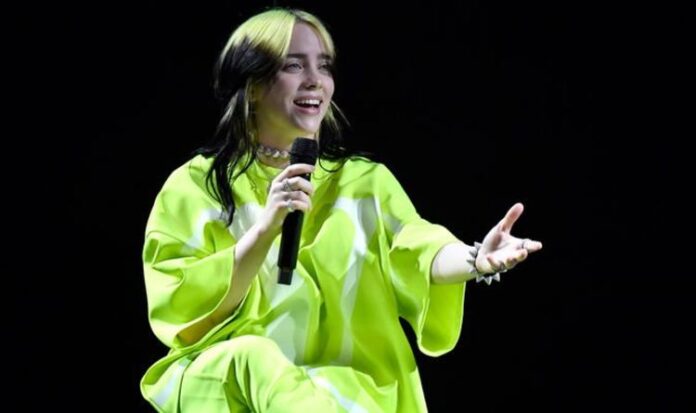 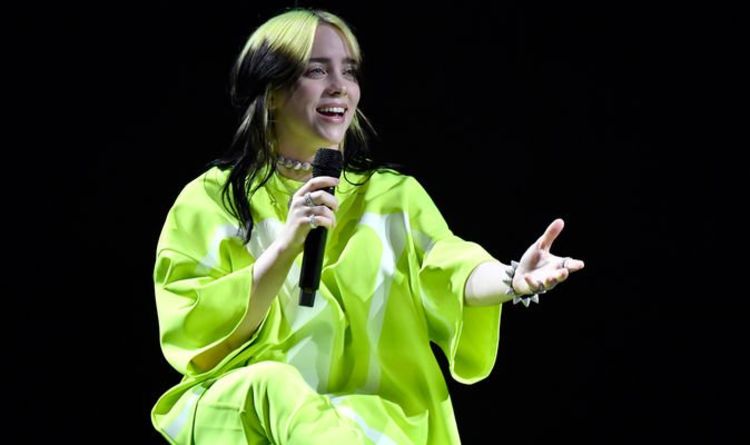 Over the last few years Billie Eilish has sported a number of looks. While she originally had a blue tone in her hair, she has spent the last year with black and green. Earlier this month the star revealed she had made an enormous change to her look by dying her hair completely blonde. The surprising switch-up, it has now been revealed, came after one of her fans suggested it to her.

Billie recently appeared on The Ellen Degeneres Show where she chatted about her look.

Upon being asked about why she wanted to go blonde, the 19-year-old revealed: “I’ve been wanting it blonde for a while.”

On finding the inspiration, she continued: “Then I saw a fan edit when I had green hair.

“It was me with whatever hair colour I had, and they just edited blonde hair on me and I was like: ‘Ah, it’s so sick, I want it!’”

READ MORE: Billie Eilish gave glimpse of her tattoo after saying she would ‘never

In the same interview, Billie touched upon her upcoming new album, Happier than Ever.

She told the talk show host: “Everything is new, it’s a whole new era. I’m so excited, I can’t tell you.

“It’s the most proud I’ve ever been of anything I’ve created and I really can’t wait for the world to hear it.”

The drastic hair colour changed was followed by a style change as well. Billie displayed a new look in British Vogue, which saw her donning lingerie rather than baggy jumpers and basketball shorts.

Speaking about this new risqué look, Billie said: “Don‘t make me not a role model because you‘re turned on by me.

“Showing your body and showing your skin – or not – should not take any respect away from you.

“If you want to wear a dress that somebody thinks that you look too big wearing, f*** it – if you feel like you look good, you look good.”