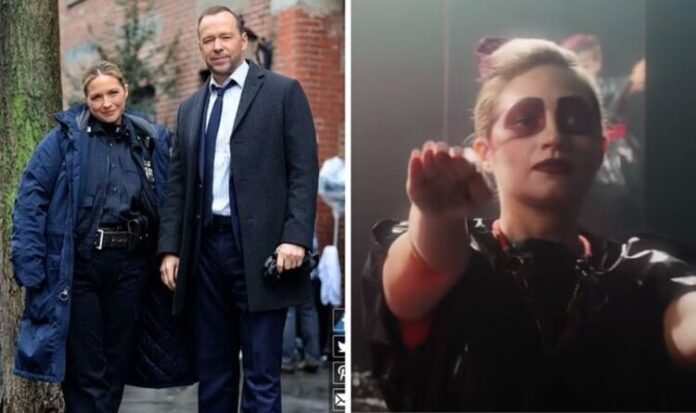 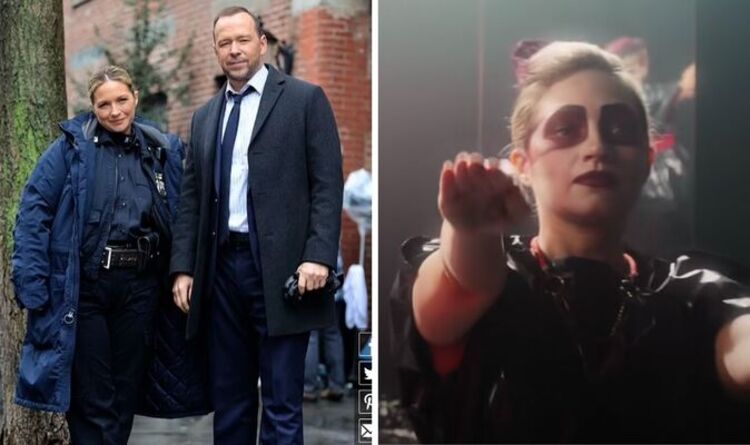 ‘Eddie’ Marie Janko-Reagan (played by Vanessa Ray) is a long-serving Police Officer in the New York City Police Department on Blue Bloods. The actress behind the officer has revealed that it isn’t all work and no play on the show as some of the cast let their hair down in a nostalgic music video. However, it wasn’t without its emotional turns.

Their Mixtape Tour 2022 starts in June this year, and to help them spread the word, some of the cast of Blue Bloods dressed to impress and rocked out.

The 40-year-old star shared several Instagram Stories with her 596,000 followers about the project.

She captioned the post: “A huge congrats @donniewahlberg and @nkotb for bringing this joy to my life.:

Admitting the emotions soon boiled over, she added: “I cried the first time Donnie showed us the final project,” followed by a love heart emoji.

The video on the band’s official YouTube channel already has over 873,500 views since it landed on March 3.

She also shared several behind-the-scenes clips from the day of filming.

Speaking to Billboard, Wahlberg said: “This video, as fun and as silly as it is, it really is a celebration of the music and the look and the videos of that era.

“It sounds sappy, but it’s really true. I think the fact that we still have that relationship [with the fans], it’s so fun to celebrate all our years together.”

Loyal fans of the band and general music lovers have shared their love of the comedy video.

Scenic Fights commented on the YouTube video to say: “A collab I never knew I wanted. I’m pleasantly surprised by how amazing the song and music video is. It’s a love letter to the 80s with all the music video references.”

“THIS is what we needed right now! All the nostalgia and feel-good vibes! More of this, please!” Travis said.

Diehard fan Shannon Smyth added: “Sooooooooo good. I love the parts where you can clearly see everyone trying not to laugh. PS. I still have that NKOTB poster saved in a memory box in my closet from when I was a teenager!” (sic)

Blue Bloods season 12 continues Fridays on CBS in the USA. A UK release date hasn’t been announced yet.