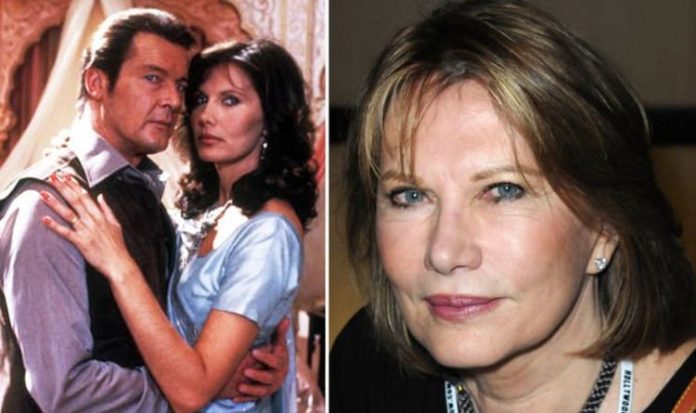 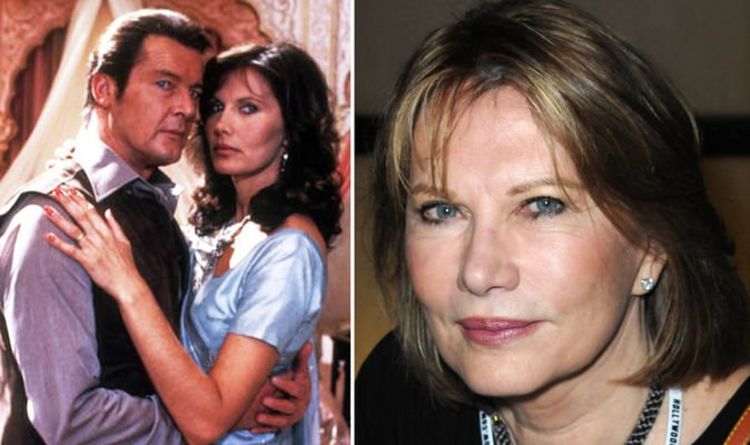 Moore was 55 years old by the time Octopussy came around in 1983. After filming was completed on his fifth outing as 007, For Your Eyes Only, the producers had begun to look for a new star to take over the franchise. Alongside British hopefuls like Timothy Dalton (who would have to wait another four years before he made his debut in The Living Daylights), American actor James Brolin was the frontrunner. With the help of Maud Adams, he was actually signed up and ready to slip into that famous tuxedo. SCROLL DOWN TO SEE JOSH BROLIN’S JAMES BOND SCREEN TEST

Adams was asked to fly into London to take part in Brolin’s final round of tests because she had the experience after featuring in The Man With The Golden Gun. In a surprise twist, it would end up being the Swedish actress, not Brolin, who would star in Octopussy.

She said of her role as the smuggler and cult leader: “I really didn’t expect they would cast me again, and I was asked to come to London to screen test with James Brolin, who they were considering for a new Bond. I thought it would be a wonderful time to catch up with all my old friends. I didn’t realise until afterwards that they were serious about me as well.”

Octopussy was the first Bond film to be named for its female protagonist and one of the few ever to not have a theme song named after it. Rita Coolidge’s All Time High was used because, understandably, nobody could find a rhyme for the film name.

Cubby Broccoli had reservations about using Adams because she’d already appeared in The Man With The Golden Gun, where her character Andrea Anders is killed.

Broccoli wanted Faye Dunaway but she was too expensive and another choice Barbara Carrera famously turned down the role so that she could work with Connery in his rival Bond movie.

Adams said: “It was such a treat to be able to once again work with Roger Moore, the producer Cubby Broccoli and the crew I had come to like so much. Being offered the title role of Octopussy also was a real honour.

“I was lucky to have Roger Moore as “my” Bond… He was always very supportive, a real team player and kept everybody in good spirits during the filming.”

Moore’s famous humour and playfulness on set was recalled by Adam’s Man With The Golden Gun co-star Britt Eckland who recalled: “The best part of working with Roger was that he made you feel good about yourself and confident and that is a quality not a lot of actors have… Roger did like to joke around and used to tease me and Maud, calling us ‘Mud and Bert.'”

But did Adams really appear with Moore in three Bond movies?

Apart from the succession of actresses who have played Miss Moneypenny, Adams is unique in being the only Bond girl has been in three movies – although the third remains disputed to this day.

A View To A Kill director John Glen famously recalled that Adams was in town while they were filming the fisherman’s wharf scenes: “Maud – who is a very good friend of ours – decided to come and visit us on the set with her boyfriend. I said to Maud, ‘Come on, why don’t you become a crowd extra?’ So she and her boyfriend walked through in the background, and by doing that she became the only woman to appear in three James Bond movies.”

Endless close examination of the scenes has failed to conclusively prove to this day whether Adams is really there on screen or her footage was cut.