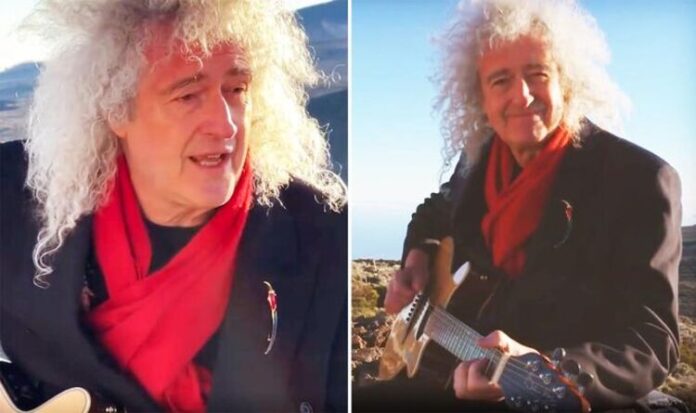 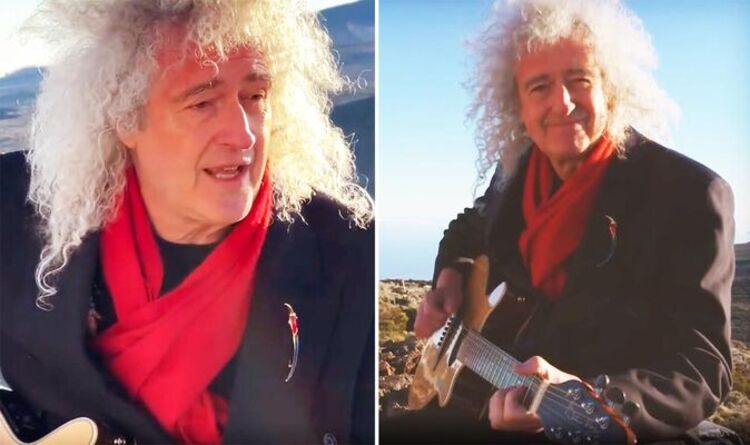 Brian May is no stranger to the Canary Islands’ largest island. The star first visited Tenerife back in 1970 to work on his PhD at the observatory high up in Teide National Park by an active volcano. Now the Queen guitarist returns to shoot a new music video for the remastered re-release of his second solo album Another World, following on from last year’s Back to the Light. Taking a breather from filming, the 74-year-old shared a video with his fans by the Observatorio del Teide, where he performed ’39.

Brian wrote ’39 for the 1975 Queen album A Night at the Opera, with lyrics telling a story that years later would coincidently be reflected in Christopher Nolan’s Interstellar.

The song speaks of an astronaut who travels far away into space, returning to Earth after one year, but finding that it’s been a century for those who stayed behind thanks to Einstein’s clock paradox.

In his new video, Brian said: “Hello folks, this is Bri with an unusual Instagram post. I’m here in the wonderful Tenerife at the beautiful observatory, feeling very privileged shooting a video for Another World. And it’s been a great kind of time travel journey for me because, of course, the song goes back many, many years. But the song that I’d like to sing for you today goes back further than that. I’ve been reluctant to post anything recently because of the terrible tragedy unfolding in the world. But I’m hoping this song might offer a little bit of hope; some belief that things will be okay in the future. And if we look at things in the context the passage of time, everything has to be and will be and it’s going to be okay.” He then took it away, encouraging fans to join in at home.

According to The Telegraph, May said: “The island’s Teide National Park has a kind of pull on my spirit. It’s a feeling of being close to heaven up there in the national park and it’s a place that is very spiritual to me – it’s probably where I would like my ashes to be scattered.”

On his astrophysics work own in Tenerife, the star said: “The views of the cosmos up there [Observatorio del Teide] are amazing,” he said. “You get beautiful views of the Milky Way and the zodiacal light. I’ve also seen the gegenschein [a faint glow or spot in the night sky associated with the zodiacal light] there, which is something not many astronomers have seen. The atmosphere above Tenerife is very transparent and they have been very good at controlling the amount of light pollution, so it’s a wonderful place to look at the stars.”

On the upcoming re-release of Another World, Brian told Express.co.uk earlier this year: “Yes! Excited about that, it’s great. We’re all ready to go. For me, it feels good to get those solo albums out there because at the moment you can’t get them on Spotify or iTunes or anything. You can’t stream them and you haven’t been able to for years and years and so this puts me back in the mainstream. All that solo work that I did, which I regard as quite precious, it’s a big part of my life. So yeah I’m really excited that it’s going to be out there; the second solo album. I’m making a couple of new videos which is exciting and we have an art book to accompany it as well, which we did last time and my friend Sarah Rugg is editing. It’s art from my fans and friends and followers on Instagram, who do this incredible stuff called Bri-art. It’s just unbelievable the talent that’s out there and the dedication.”