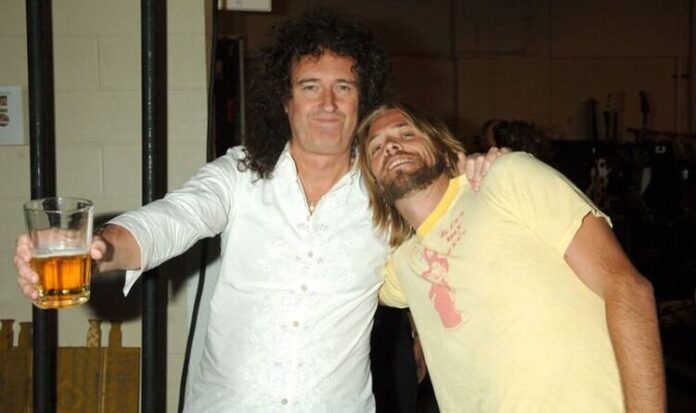 Another World also includes the drumming of Cozy Power, who collaborated with the Queen legend on Back to the Light.

Tragically, the rock musician died in a car crash at the age of 50 in April 1998, before Another World could be completed.

On his late friend’s drumming, the Queen star said at the time: “You immediately hear this massive drum track [Business] come in and that’s very much him. It’s meant to be as big as it gets – I want Cozy’s life to be marked as big as possible. It isn’t about somebody hitting something, it’s about the inner energy and strength and optimism of this guy. He’s a crucial part of this album and I don’t know what the hell I will do without him.”

Another World would be dedicated to both Brian’s mother and Cozy. The Queen star said on the spoken-word tribute which opens Another Disc: “It’s impossible to describe what a terrible gap it’s going to leave in our lives, our mate Cozy not being here. He was a fantastic support, a fantastic energy and vibe, he had the most incredible attitude to life which leaked over into everything he did.”