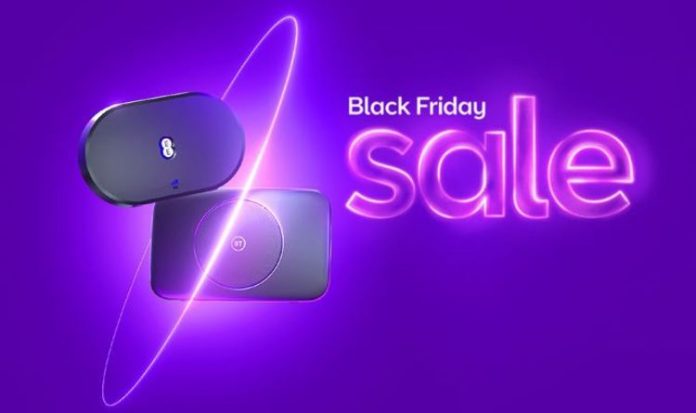 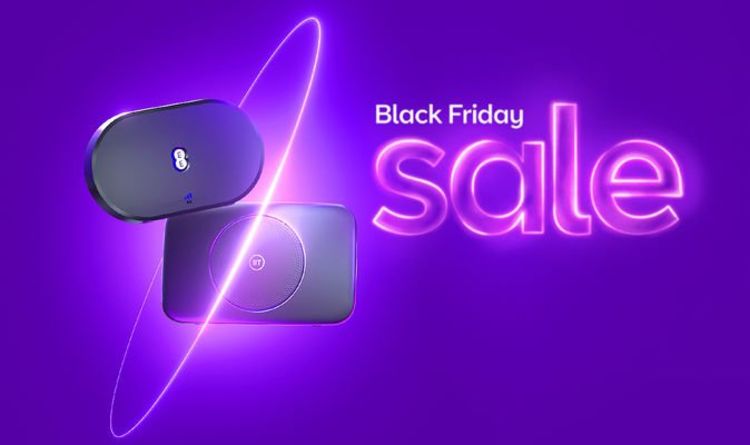 Black Friday is one week away, but BT has already taken the wraps off its hotly-anticipated offers. And it’s a real doozy. The company is offering customers the chance to unlock free broadband for 3-months when they sign-up for one of its fibre plans. Yes, you did read that correctly – completely free. Join BT’s Fibre 100 plan, which offers average download speeds of around 150Mbps (around twice the UK average), today and you won’t get billed by the company until March 2021.

For all of its Black Friday deals, BT is also throwing in free activation and free postage and packaging. That’s in stark contrast with rival Virgin Media, which has slashed as much as £342 off the cost of its fibre broadband, but still charges £35 upfront to cover activation and postage. If you’re looking for the lowest possible bills until the new year, there’s no competition between Virgin Media and BT in the Black Friday sales this year – with the latter, you won’t spend a penny.

Unfortunately, you will need to start paying for your broadband connection at some point. When you do, BT’s prices are not too dissimilar from what we’ve seen in the past, but certainly nothing hugely competitive.

For example, BT is charging £39.99 for its aforementioned Fibre 100 plan. However, Sky charges £35 a month for its Ultrafast broadband tier, which offers only slightly slower speeds at around 145Mbps. With the three months, BT is still cheaper …but only just.

It’s definitely not such an amazing deal that we’d stop you heading to Sky Broadband if you’re thinking about plumping for the all-new Sky Glass TV, which lets you stream all Sky television channels over broadband, incorporates boxsets and blockbusters from Netflix, Prime Video, Disney+ and more, and includes a soundbar in a single 4K TV. The custom-designed Sky Glass is only available direct from Sky. We’ve got the lowdown on the latest Sky Black Friday deals here [LINK]

Of course, BT offers its own deals on telly – including on Sky’s channels.

New and existing customers who sign up for BT TV’s Entertainment and Sport plans from now until December 2, 2021 will get their first three months of BT TV service slashed in half. While it’s not quite as generous as the completely free broadband, it’s still a phenomenal deal.

If you’re not familiar with BT TV, the clever box includes all of the usual tricks you’d expect from a modern set-top kit, including the ability to pause and rewind live television and integrate on-demand content from services like Sky’s NOW, Amazon Prime Video and BritBox. You can even add these subscriptions to your BT TV bill, so you’ve got everything in one convenient bill.

BT’s Big Entertainment bundle only costs £13 a month for the first three months and unlocks access to all of the latest award-winning US dramas and Sky Originals from Sky Atlantic, all 11 Sky Cinema channels, plus a fully-fledged Netflix membership to stream the latest must-binge boxset. After three months, your bills will bounce back to the usual £26 per month – the same as Sky Q charges, albeit without access to Sky Cinema, which costs extra – for the remaining months of your contract.

BT’s all-singing, all-dancing VIP bundle only costs £36.50 for the first three months of your contract. This immense entertainment plan ships with all 11 Sky Cinema channels, every Sky Sports channel available, all 4 BT Sport channels, access to every Sky exclusive and US drama from NOW and a Netflix membership. Woah. All you need to do is carve out a good few hours every weeknight to try to plough through all of those boxsets, blockbusters and sports fixtures.

BT is offering FREE broadband for Black Friday, here’s how to claim yours

Thousands flood NHS to book Covid-19 vaccines, but some over-25s are...