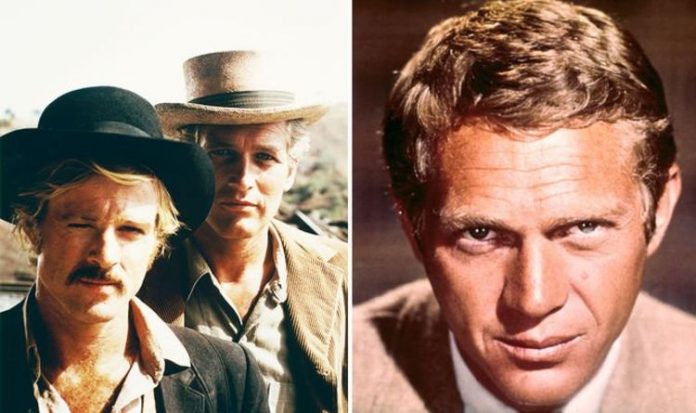 The 1969 movie is considered one of the greatest Westerns ever made, going on to win four Oscars. Butch Cassidy and the Sundance Kid followed the two real-life Wild West outlaws Robert LeRoy Parker played by Paul Newman and Harry Longabaugh portrayed by Robert Redford. In the movie, the two criminals are on the run from a US posse after a number of train robberies and so they flee to Bolivia.

But before Redford was cast as the Sundance Kid opposite Newman’s Butch Cassidy, other Hollywood stars turned down the part.

Jack Lemmon was offered the role of Harry but declined as he didn’t like riding horses and thought he’d already played aspects of the character before.

Warren Beatty was also asked, but he felt the part was too similar to Bonnie and Clyde which was released just two years prior in 1967.

But then The Great Escape’s Steve McQueen agreed to do the movie at the same time as Newman.

McQueen was a big star and didn’t want to come second to Newman on Butch Cassidy and the Sundance Kid’s billing.

On top of that, he counted the number of lines he had and wanted the same amount as his co-star.

According to Slash Film, as a compromise Daryl F Zanuck, the head of 20th Century Fox, said that half the posters would have Newman’s name first and the other half would have McQueen’s.

However, The Great Escape star wasn’t pleased with this outcome and so walked away from the movie.

McQueen’s other missed roles included the male lead in Breakfast at Tiffany’s, which went to George Peppard.

He also turned down Ocean’s 11, Apocalypse Now, A Bridge Too Far, Dirty Harry, Close Encounters of the Third Kind and The French Connection.

The star even had an interest in playing Rambo in First Blood, but the producers thought he was too old.

He was even offered the title role in The Bodyguard when it was proposed in 1976, but it didn’t start production until over a decade after his death in 1980.

Butch Cassidy and the Sundance Kid: Why Steve McQueen turned down acting with Paul Newman