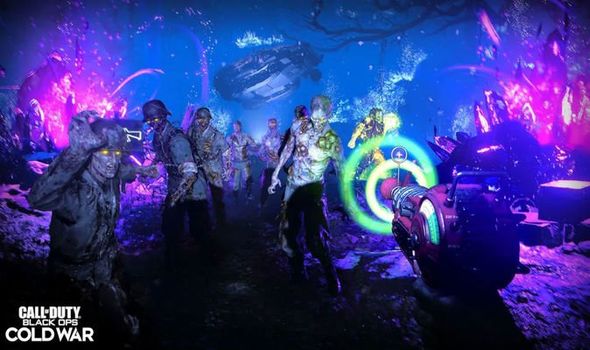 Call of Duty Black Ops beta: Will we get a COD Cold War Zombies beta?

Black Ops Cold War will see the return of a fan-favourite mode, in a new Call of Duty setting, with plenty of action and free content being planned.

COD Zombies has become a staple of the Black Ops sub-series, and while we don’t get a new verson of it every year, there’s been plenty of different takes.

Call of Duty Black Ops Cold War Zombies mode has already been revealed by developers Treyarch, and it looks set to offer plenty of Undead combat.

Activision are revamping Zombies for Cold War, including how gamers will level up their experience.

“This four-person co-op mode is set to take veterans and newcomers alike on a bold and terrifying journey that expands on an iconic part of the Call of Duty franchise.

A message from Activision reveals: “Long-time fans will likely find something familiar with this new chapter, but that’s for players to discover on their journey…

“What’s canon is canon, but… with Black Ops Cold War, Zombies is starting fresh with a new narrative and a – shall we say, new? – cast of characters. The mode includes new ways to progress, classic fan-favorite Perks, and an arsenal of Cold War weaponry that will help survivors dominate the legions of undead.”

The good news is that Zombies will boast cross platform and generational support, making it possible to enjoy cross-play with friends on different devices.

Another big change will be the introduction of Zombies into the Call of Duty Battle Pass, joining the likes of Warzone.

Players will now advance through the Battle Pass with time played in Zombies, similar to Multiplayer and Call of Duty: Warzone. Requiem team members can also start the match with their Gunsmith-crafted weapon of choice via loadout support.

The big question for many is when will they get to start playing Call of Duty Zombies in 2020?

IS THERE A BLACK OPS COLD WAR ZOMBIES BETA?

For now, developers Treyarch have not made any comment on bringing a Cold War Zombies experience to the current Call of Duty Beta.

There has also been no mention of hosting a special COD Zombies open beta before the launch of Black Ops Cold War.

So for now, we only know of one date for when everyone can jump into the new experience on PS4, Xbox One and PC.

This will be one the release date of Call of Duty Black Ops: Cold War, which has been set for November 13, 2020.

The current Call of Duty Beta is set to run over the next couple of days and will end on Monday, October 19, 2020.

During this time, the game will be available to download and play for free across all platforms, starting October 17.

Gamers on PS4 can access the open beta now, alongside those who have pre-ordered the game on PS4, Xbox One and PC.

Here are some of the stuff you can look forward to during the Cold War Open Beta this weekend:

Control: A competitive favorite returning from Black Ops 4, Control tasks players with capturing or defending two stationary objectives or points on the map.

Hardpoint: Two teams compete for control of a rotating objective area called the Hardpoint or “hill”. Players must remain inside the Hardpoint to earn points over time. A standard game of Hardpoint lasts five minutes.

Domination: Two teams compete for control of three locations on the map marked with lettered waypoints: A, B, and C.

Team Deathmatch: Two teams battle each other in an elimination-based challenge. The first team to acquire the target number of kills wins the match.

Combined Arms: Domination: Domination on a large scale. This 12v12 game mode pits players on large maps with access to vehicles like Tanks, Snowmobiles, Wakerunners and Gunboats depending on the map.

No Time To Die: ‘You have to honour James Bond of...