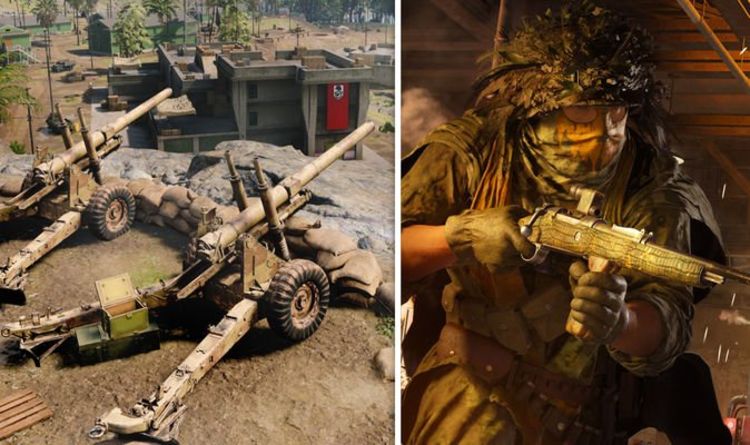 Call of Duty Season 1 is just a few days away from launch on PS5, PS4, Xbox Series X/S, Xbox One and PC.

The new Call of Duty season will be available across Vanguard and Warzone. It includes a brand new map for Warzone, titled Caldera.

The new Caldera map has a December 9 release date for all players on all platforms.

However, Activision has since confirmed that the new Warzone map can be played early, but only for Vanguard owners.

If you don’t already own a copy of Call of Duty Vanguard but want to play Caldera on December 8, then now is the time to make a purchase.

As a special pre-season boost, Call of Duty Vanguard is currently available at a reduced price on PlayStation 5 and PS4.

The Call of Duty Vanguard Standard Edition is currently available for £44.99, which is down from the original price of £59.99.

It’s all part of Sony’s Deal of the Week on the PlayStation Store, which runs until midnight.

Unfortunately, fans will have to pay an additional £10 to get the cross-gen version.

Rise on every front: Dogfight over the Pacific, airdrop over France, defend Stalingrad with a sniper’s precision and blast through advancing forces in North Africa. The Call of Duty franchise returns with Call of Duty: Vanguard, developed by Sledgehammer Games, where players will be immersed in visceral WWII combat on an unprecedented global scale.

“Rise on every front: Dogfight over the Pacific, airdrop over France, defend Stalingrad with a sniper’s precision and blast through advancing forces in North Africa,” reads the official description.

“The Call of Duty franchise returns with Call of Duty: Vanguard, developed by Sledgehammer Games, where players will be immersed in visceral WWII combat on an unprecedented global scale.

“Call of Duty: Vanguard will also usher in a new and unparalleled Call of Duty: Warzone integration post launch, and feature cross-progression and cross-generation play, in addition to a massive calendar of free post-launch content that adds in new Multiplayer maps, modes, seasonal events, community celebrations and more.”

If you want to pay a little extra, you can purchase the Ultimate Edition of the game, which includes plenty of bonus content.

The Ultimate Edition contains the PS4 and PS5 version of the game, as well as early access to the new Warzone map.

That’s on top of ten hours of double XP, both for operators and weapons (five hours for each).

Call of Duty Vanguard BOOST: How to play Warzone Caldera map early and for LESS