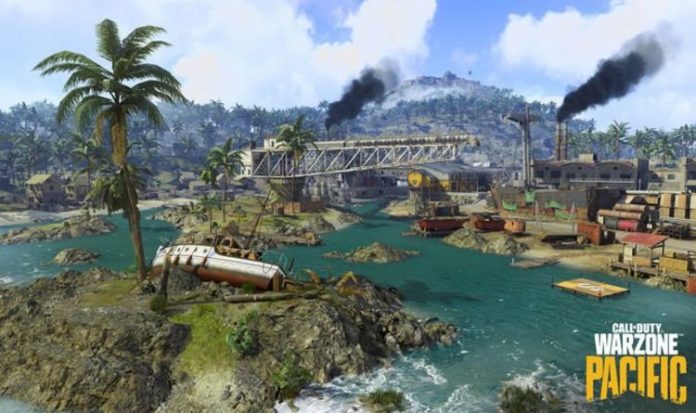 Festive Fervor will start in Call of Duty Warzone and Vanguard this week, courtesy of developers Raven Software and Sledgehammer Games.

The new limited-time event will kick off after a new update is launched across both games, complete with wintry cosmetics to collect and earn.

This is being done in segments, meaning there will be a new patch to download on Call of Duty Vanguard first, followed by Warzone Pacific.

And those who own Vanguard will get even more incentives to log in and play with Activision confirming these freebies for this week:

10 Battle Pass Tier Skips for Season One. These are enough to automatically unlock a free Calling Card and 100 COD Points, or even more rewards if the Season One Battle Pass is purchased. Combine it with a Battle Pass Bundle, and you can get over 30 Tiers of content, which contains over 40 items across Vanguard and Warzone, right at the beginning of the season.

A 10% Global Player, Weapon, and Battle Pass XP Boost During Season One. Earn that next Prestige Icon, weapon attachment, or Battle Pass Tier just a bit quicker with this XP Boost. Expert tip: the 10% XP boost for playing with a Clan, as well as the boosts from the Battle Pass and other sources, stacks with this reward!

The 24 Vanguard Tiers of the Season Six Battle Pass. If you haven’t already earned them last season, anyone who purchases Vanguard will receive these for free.

There will also be plenty of new content available in Call of Duty Warzone, with Raven confirming that there will be new festive fir trees to discover around Caldera.

Marked on the Tac Map with a special tree icon, these temporary landmarks will be placed at specific points of interest across the island.

Any squad that stays within the Fir Tree’s zone — under the tree and around it — for a short period of time will receive several Supply Boxes.

These can contain Legendary items, limited-time rewards, or even some coal for those Operators on the naughty list.

A message from Activision explains: “Beyond being a sign to do some good this holiday season, the coal found in those Holiday Crates does attract a certain folklore creature.