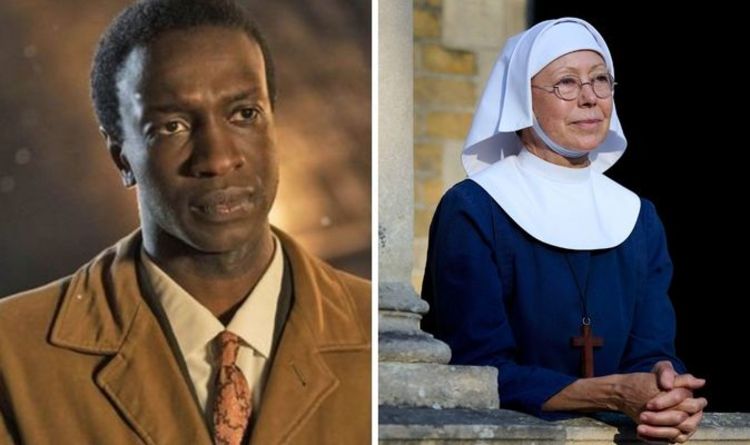 Call The Midwife is a BBC drama that doesn’t shy away from delving into hard-hitting issues. Following on from the Christmas Day special, the “ambitious” 11th series of the medical drama arrived on screens earlier this month. Set in 1967, the series is due to tackle a host of difficult topics including addiction, racism and abuse. According to Jenny Agutter, well-loved character Cyril Robinson (played by Zephryn Taitte) could even be left jobless in heartbreaking scenes.

Many of the cast have returned for the latest series of Call The Midwife, including Trixie Franklin (Helen George), Lucille Anderson (Leonie Elliott) and Doctor Turner (Stephen McGann).

To date, three episodes of the series have aired on BBC One, with the fourth instalment being broadcast on Sunday.

The cast recently teased an “appalling” storyline coming up in the season which is set to shake up proceedings.

Jenny Agutter, who portrays Sister Julienne, spoke to Express.co.uk and other media about the difficult issues covered in the series.

She said episodes will tackle issues including racism as mechanic Cyril struggles to secure a white-collar job.

The actress, who rose to fame after starring in the film The Railway Children, hinted Cyril could be left unemployed.

She explained how newlywed Cyril tries to look get out of his blue-collar job as a car mechanic but has difficulty.

Jenny added: “That is a big issue and a very serious issue that comes up which is appalling.”

She explained how writer Heidi Thomas addressed the topic of abuse during the Christmas special when a mother was involved in a “strange gangster situation” and had a heroin addiction throughout her pregnancy.

Cyril actor Zephryn has also hinted at problems he and his on-screen wife Lucille will face later in the series.

He said there could be more “trials and tribulations” for the pair who tied the knot during the Christmas Day special.

Zephryn added: “Is it bliss? Will it always be bliss?