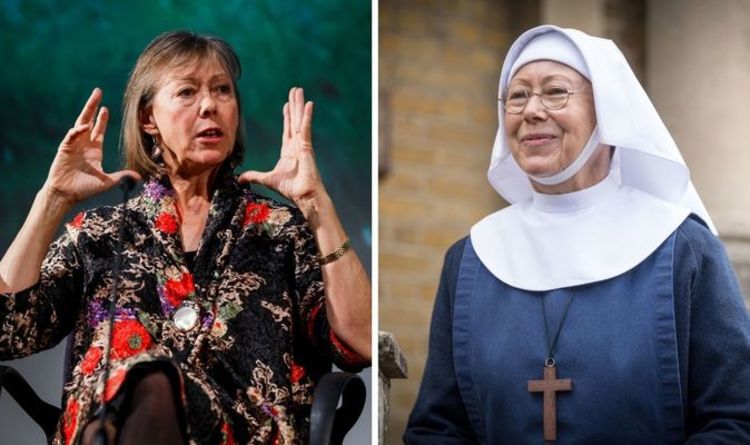 Jenny Agutter, who plays Sister Julienne in Call the Midwife, has dropped a heartbreaking hint that some characters are “are on the edge” of leaving the drama. The 68-year-old opened up on the future of the well-loved BBC programme ahead of its Christmas special airing. However, fans will have to wait until the new season is released to see if any characters leave the show.

Call the Midwife’s Christmas special promises to be a memorable one at Nonnatus House, full of births, romance and dilemmas.

However, as the big day approaches, the wedding ceremony itself is put in jeopardy.

Meanwhile, the midwives face the most hectic Christmas of their careers with the maternity home filled with expectant mums, each with their own challenging situation.

Actress Agutter exclusively spoke to Express.co.uk and other publications ahead of the drama-filled episode landing on BBC One,

She said: “We find ourselves overwhelmed by the number of births coming up and not enough people to take care of it. We’re running out of midwives.”

The actress added: “There is so much emotion required for filming a scene but they are so cut up and you actually can’t completely immerse yourself in a moment anymore.”

Jenny, who starred in The Railway Children, also opened up on filming series 10 and 11 throughout the Covid-19 pandemic.

When questioned about whether any characters leave the next series of Call the Midwife, Jenny teased: “I think people are on the edge and they might [leave], it really does look like it.”

Call the Midwife fans can look forward to the return of some of their favourite characters for the festive special including, Stephen McGann as Doctor Patrick Turner and Helen George as Trixie.

Miriam Margolyes, who was absent in series 10, will also be returning for the Christmas episode as Mother Mildred.

The actress was forced to take a break from the show in 2021 after travel restrictions prevented her from getting back to the UK for filming.