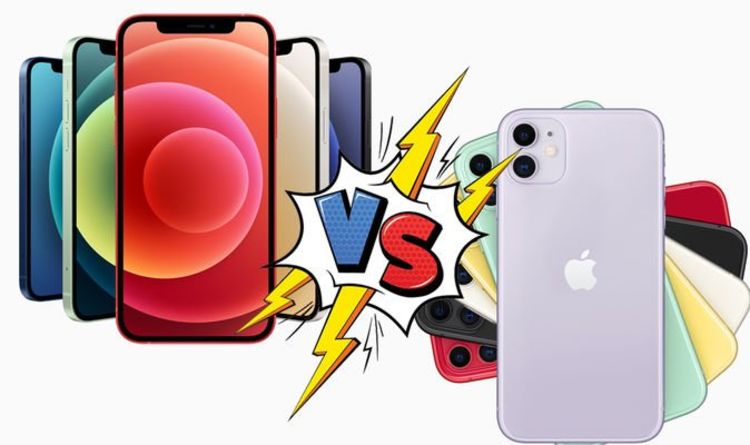 Can iPhone 12 really survives drops that would smash the iPhone 11? We have the answer!

Apple has added a truckload of new features into its latest smartphone, iPhone 12. However, one of the most useful new additions is likely to be the “Ceramic Shield” glass used for the touchscreen, which Apple claims is a serious step-up compared to the toughened glass used on the iPhone 11 last year.

Developed in collaboration with the team at Corning, which produces the toughened Gorilla Glass that is found on a wide variety of popular Android smartphones, Apple says Ceramic Shield is “tougher than any smartphone glass”. According to the Californian company, it offers four times greater resistance to damage from drops compared to the previous generation of iPhone. That’s a big claim.

As those who pre-ordered an iPhone 12 or iPhone 12 Pro started to collect their shiny new smartphone from Apple Stores worldwide last week, a number of popular YouTube creators have started to put Apple’s claims to the test. Some of these are pretty scientific… while others involve people chucking a brand-new iPhone onto the floor from a ladder and seeing whether the glass display has spider-webbed.

YouTube channel MobileReviewsEh is most definitely in the former category. He used a force meter to compare the strength of the new “Ceramic Shield” display against last year’s iPhone 11, which also used a toughened glass developed by Corning and Apple which is believed to be much closer to the Gorilla Glass Victus found on most flagship Android smartphones in terms of strength.

According to the test, the display glass fitted to the iPhone 11 will break when 352 Newtons of pressure are applied. Meanwhile, the iPhone 12 will withstand 443 Newtons of pressure before the glass cracks. For comparison, that’s equal to 45.17 kgf, or kilograms-force. In other words, 45 times the magnitude of force exerted on one kilogram of mass in the standard magnitude of gravity on Earth – or placing a 45kg object in standard gravity on the iPhone screen.

Next up, MobileReviewsEh tests the scratch resistance of the display – something Apple didn’t claim was improved compared with last year. Using the Mohs hardness test, the six and seven points leave clear scratches on the ‌iPhone 11‌ display, while the iPhone 12 can withstand the six point but is still susceptible to the seven point test. In real terms, that means keys and coins in your pocket – or leaving your new iPhone face down on a rough surface – should be much less likely to leave deep scratches on the screen, compared with last year’s model. However, these improvements do not appear to be as dramatic as the drop protection improvements.

Regardless, if you’re susceptible to a severe case of butter-fingers, you might want to pay the extra money to get the latest and greatest glass technology from the firm.

It’s worth noting that Ceramic Shield is only present on the front of the iPhone 12 and iPhone 12 Pro. The rear panel, which is also glass to enable wireless charging as well as the new MagSafe feature that allows cases, small wallets for credit and ID cards, and chargers to magnetically snap to the rear of the smartphone, is the same strength as last year.

YouTube Channel EverythingApplePro demonstrated this in his video, which saw the glass pens fitted on the back of the iPhone 12 and iPhone 12 Pro shatter before the Ceramic Shield gave up the ghost. Although the aluminium band around the edge of the iPhone 12 took some serious damage – denting and warping – the glass display was able to survive a drop from head height onto concrete.

That’s seriously impressive. However, this new toughened glass comes at a cost. Apple has shared the cost of repairs for the new handsets. If you’ve cracked the screen on your iPhone 12 or iPhone 12 Pro and want it replaced, Apple will charge £266.44. While that’s no more expensive than the iPhone 11 Pro last year, it’s quite a substantial step-up compared with the iPhone 11, which only cost £196.44 to replace the screen.

Of course, you won’t have to pay that much if you’re still within warranty for the iPhone, which lasts one year with new Apple products.

According to the company, “the Apple Limited Warranty covers your iPhone and Apple-branded accessories against manufacturing defects for one year from the date you bought your product.” If you’re paying for AppleCare+, you’ll be able to get your screen replaced at the Apple Store for £25 (this is to cover the excess).

It’s worth noting that anyone on the iPhone Upgrade Scheme, which is a monthly repayment program that allows you to trade-in and get the latest iPhone model each year, comes with AppleCare+ bundled in, so you’ll be able to get any damage fixed at no additional cost.

iPhone 12 and iPhone 12 Pro boast the same Super Retina XDR display. If Apple follows previous years, the iPhone 12 Pro Max is likely to be more expensive to repair as it has a much bigger panel – 6.7-inch compared to the 6.1-inch touchscreen on the iPhone 12 and iPhone 12 Pro. Since that model doesn’t launch until next month, there’s no word on how much it’ll cost, but for comparison, iPhone 11 Pro Max will set you back an eye-watering £316.44 to replace the screen compared to £266.44 for the standard iPhone 11 Pro.

Sony’s new AirPods rivals are like nothing you’ve seen or heard...

How to stop Microsoft Teams from showing away