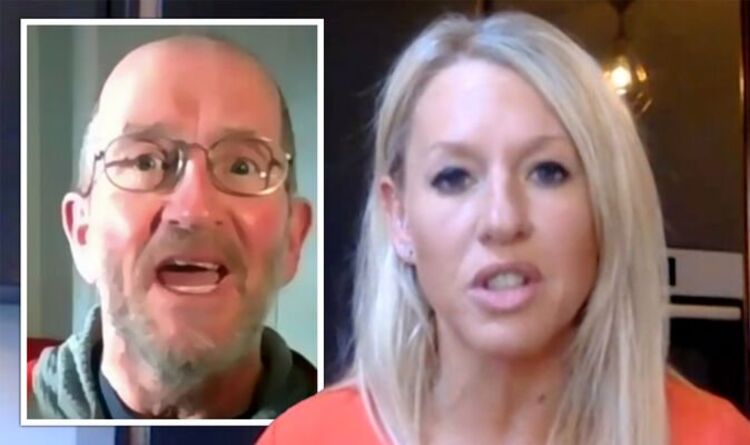 Good Morning Britain hosts Ranvir Singh and Richard Madeley welcomed ski-jumper Eddie ‘The Eagle’ Edwards and former badminton player Gail Emms onto the ITV show on Monday morning. The Olympic stars were on the programme to discuss the funding Great Britain puts into the Winter Olympics. However, tensions rose when Eddie and Gail clashed, with the badminton star insisting too much money is spent on events Team GB doesn’t do well in.

Taking a look at the numbers, Ranvir explained how much funding Great Britain has put into the Winter Olympics in the past.

“In 2018 in PyeongChang the funding doubled to 28 million in funding.

“Do you know how many medals we got? Five. We got the same amount!

“Doubling the money didn’t make any difference to the outcome,” Ranvir fumed.

Eddie hit back: “It doesn’t matter. We’re out there, we’re performing, we’re doing the best we can. We’re not a winter nation.”

However, Ranvir replied: “You’ve had a lovely life out of it and it might be lovely for the people performing.

“But 40 percent of the funding, while most of it comes from the National Lottery, which of course means other charities then don’t get that money, but at the same time there is some taxpayer funding there.

“Funding was then cut in sports like badminton for instance, people lost jobs with coaching and everything like that.

“There has to be accountability about it. You cannot double just to go ‘Oh, just to participate.’

“£10million just to come last? I’m not sure. I mean, come on, it could be put in a much better place.

“I love the stories. Don’t get me wrong, Eddie, you’re a legend in that. But, sport is a business now,” the badminton star insisted.

However, Eddie remarked: “If it’s only about winning then the Olympics will become just a glorified World Championships.

“Sport has its World Championships, we don’t need another. Sport is just an entertainment.

“People love to see the guys who come 50th as much as they like to see World Champions.

“Sport is entertainment and we shouldn’t lose that,” he added.