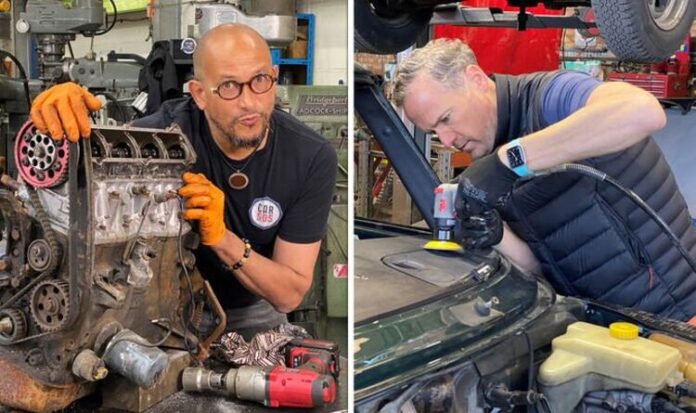 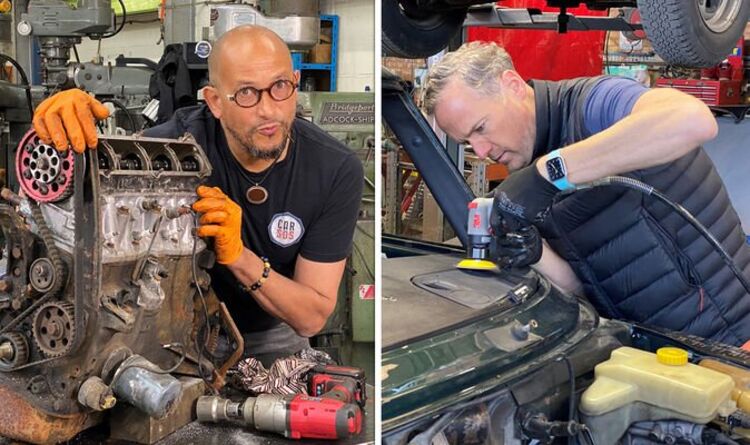 Car SOS has been airing on Quest and Discovery+ and the vehicle renovation TV show has tugged at the heartstrings. Tim Shaw and Fuzz Townshend have gone above and beyond to fix up some classic cars for very special motor fans. The pair spoke exclusively to Express.co.uk about a particularly challenging project.

Car SOS is back for a milestone series as the latest instalment marks the show’s 10th anniversary.

Not only this, but the 10-episode season features the 100th renovation on the show.

Tim Shaw and Fuzz Townshend said they imagined the milestone project to be a walk in the park due to their experience.

However, they were both thrown in the deep end and, without revealing too much, detailed the troubles they faced.

Speaking to Express.co.uk Tim said: “Just when you think ‘come on, guys, you have done 100 cars, you must know cars inside out’.

“So nothing from the start of what had been done was correct, so it wasn’t an even square, the dimension.

“It left us with a stark choice because the car was in a dangerous state and we only get so much time and so much budget.

“We could have rebuilt it but it would have taken us a year.”

Their latest project may have been a tough one but the pair said they were likely to face worse in the future.

Fuzz continued: “We have been bitten on the backside a few times and it will happen again.

“Every year there will be a car and we will walk away shaking our heads.”

There are many elements that prove to be challenging when renovating an old car.

Tim explained: “Time is a key factor, every day the car owner doesn’t have their car back is a day they can’t drive it.

“And often the sad stories are their days are not in as great abundance as younger people.

“So getting it back to them is of the essence.”

Car S.O.S airs on Thursdays on National Geographic at 8pm