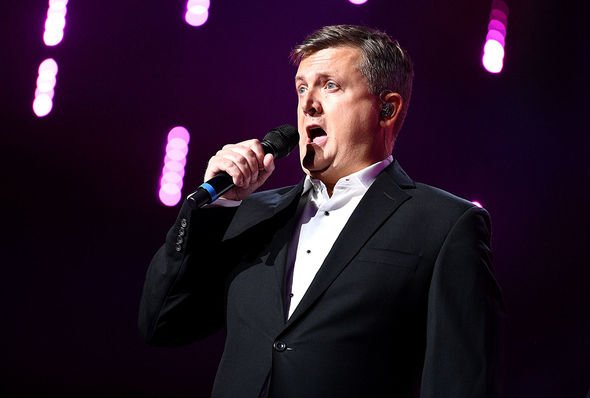 The world-famous mezzo-soprano laughs heartily. Paoli has shared a stage with a host of iconic artists, including Elaine Paige and Joseph Calleja. She performed with Carreras for Prince Charles at Windsor Castle, and with Andrea Bocelli for Pope Francis, who declared she has “the voice of an angel”. Not bad going for a lorry driver’s daughter from Mansfield.

Carly, 33 on Friday, January 28, has achieved international stardom through a combination of talent, faith, serendipity and sheer hard graft. “I always loved singing,” she tells me. “I sang from three years old; you couldn’t shut me up. When I was eight, I went to Stagecoach in Southwell, and after a few weeks the teacher, Liz Hetherington, an opera singer, took mum into a corner and told her my voice was special.

“She said my voice was bigger than my body. Liz took me under her wing. She was always there for me, like a second mum, and now she’s my musical director.”

Liz gave Carly singing lessons from the age of nine, but there were teething problems. “I had a classical voice, that was obvious from the start, but I’d been inspired by musicals, Doris Day and Judy Garland, and it took her forever to stamp out the American accent I’d copied from them.”

Paul and Tina Hopkinson, a former Thomas Cook travel agent, sacrificed much to give their talented daughter the breaks she needed. Now retired, they live with her on her farm in Wiltshire. Paul, who’d built a haulage company, chauffeurs her to concerts, Tina “looks after the logistics”.

Young Carly won scholarships to study music and the performing arts. At 16, she boarded at Tring Park School for the Performing Arts in Hertfordshire. “I did my A-level studies in the morning, then performing arts until 10pm, so it gave me my work ethic. I came home every weekend, doing dance, acting and musical theatre classes.”

At 18, she started a four-year course at Manchester’s Royal Northern College Of Music, working in M&S to pay for her accommodation.

Paoli was her mother’s maiden name. “Mum looks like a southern Italian but she doesn’t speak Italian, and she certainly doesn’t cook like an Italian!” Carly laughs. “She grew up in Bolsover, but her dad was Italian. He came over to work on the MI, fell in love with my grandmother and never left.

“He was a lovely singer and his brother had a voice similar to Maria Lanza. He was known as ‘the singing chef’ because he sang arias while he was cooking.

“We spent our summers in Puglia, in the heel of the boot of Italy. We bought an apartment there, near my aunts and cousins. One played the accordion, and we’d sing together. Uncle Luigi was a folk singer who wrote his own songs about Puglia that were quite cheeky. He played accordion and eventually had his own TV show in the south of Italy. They’re an interesting bunch the Paolis, their parties were always good!

“From 16 onwards I’d go to Puglia every summer and perform in the piazzas and churches, and celebrate their culture and classical music.”

After graduating, 23-year-old Carly worked as a singing teacher, supplementing her wages by performing at corporate events. Luxury Swiss watch company Bedat & Co were so impressed they hired her as their brand ambassador.

Then multiple Grammy Award-winning producer David Foster asked her to perform at his charity gala in Calgary, Canada.

“I was thrust onto the stage with Aerosmith’s Steven Tyler and Jennifer Hudson,” Carly recalls. “I was 24 and my heart was in my mouth. I said a prayer and never looked back.”

For bi-lingual Paoli, however, all roads led to Rome. She was 26 when she sang a duet from Mozart’s Cosi fan tutte with Pavarotti’s favourite female soprano, Cynthia Lawrence, at a star-studded UNICEF fundraiser in the ruins of the Caracalla baths, near the Colosseum. Carreras, Bocelli and flautist Andrea Griminelli were also on the breath-taking bill.

Carly’s modern version of Ave Maria, with poignant new lyrics by Romano Musumarra and Grant Black, wowed the Vatican so much they asked her to perform at the Pope’s Jubilee concert at the Roman forum – an open-air museum transformed into an auditorium for the night. Pope Francis chose it as the theme song for his 2016 Jubilee Year Of Mercy.

Christianity is one cornerstone of Carly’s career. “My mum was in the Salvation Army so I was brought up with faith. It’s important to me. I like to think my voice is a gift from God, and you do your bit to make the world a better place.”

She is about to embark on a cathedral tour with “lovely” Aled Jones. “I’m looking forward to live audiences again,” she says. “We have beautiful songs lined up and what settings to perform in!”

Her recent career highlights include performing at Windsor Park at Northern Ireland’s 2022 world cup qualifier against Italy, and last year’s Queen celebration, It’s A Kind Of Magic, in Floriana, Malta, with the BBC concert orchestra.

Carly sang Barcelona, and Tony Vincent reprised his We Will Rock You role as Freddie Mercury. “I was so excited,” she says. “I’d admired Tony since I was 13. I saw that show 17 times! I’d be at the stage door for autographs, so to be singing with him was a special thrill but I was determined to be cool.

“Then when I met him, my mum told him, ‘Oh our Carly, she used to love you. She was like your stalker’. Mum! I didn’t get to stay cool for long…”

Carly still has family in Mansfield ‑ her builder brother Dean, with her niece and nephew, and paternal grandmother, Betty.

Her late maternal grandmother, who had a market stall, bought Carly a dress when she was 14, “a beautiful olive green and gold wedding dress, I wore it on stage at Terme di Caracalla in Rome in 2018 and I still wear it now. It still fits!”

Marriage isn’t on her agenda though. “There’s no man in my life,” she says. “I’m too busy, I’m all focused on my career.”

Paoli describes herself as “an old soul”, with an enduring love of opera and the golden age of Hollywood musicals. Apple TV’s Schmigadoon! and Ted Lasso are current viewing favourites.

She relaxes by walking, dancing and working out at the gym. “We live in the countryside, not far from Stonehenge, so there are lovely places all around.”

She has no intention of “doing a Clarkson” though ‑ “we rent out our field to real farmers,” she says.

Carly returns to Italy this summer with a Puglia-based orchestra. As always, her pre-show rituals will include a prayer, an espresso coffee and sweets (Percy Pigs or Haribos). All she eats before a performance is pasta al dente with olive oil and parmesan ‑ a tip from Carreras.

Paoli is keen to praise her fans, who leave her “wonderful” messages, and her parents ‑ “I appre­ciate so much more now how hard they worked to give me and my brother the life we have.

“I’m living the career I always dreamt of, with the people who mean the most to me. It’s a blessing when you wake up every morning and do what you love for a living.”

Carly Paoli & Friends is out now; her cathedral tour with Aled Jones starts next month

Carly Paoli on her vocal talent, faith, love for Italy and upcoming tour with Aled Jones