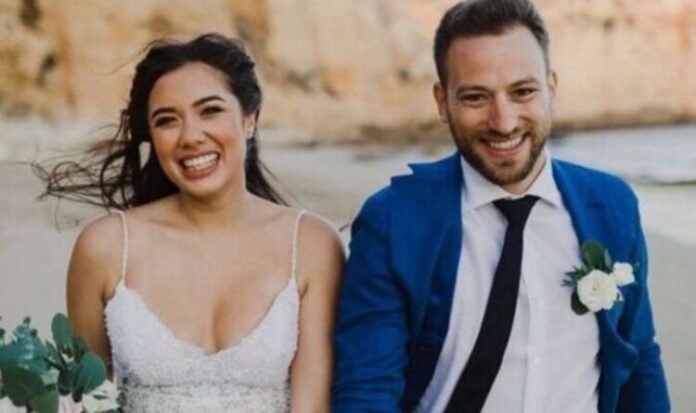 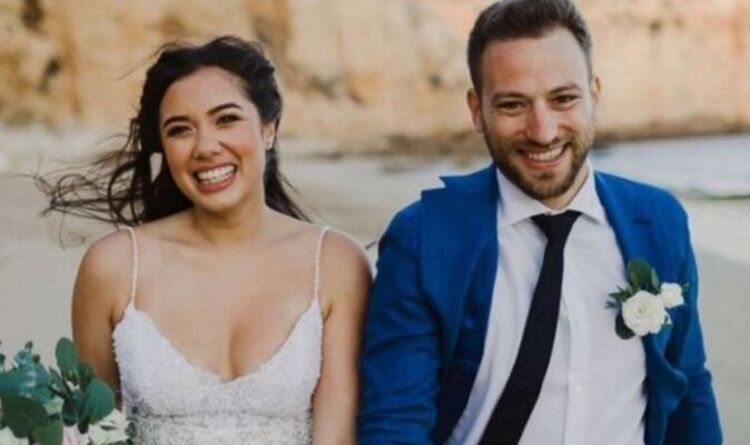 Caroline was 20 at the time of her murder, which saw her life brutally ended at her home in Glyka Nera, near Athens in May last year. The crime rocked Greece, and while it was initially believed burglars had attacked and killed the mother of one, while tying up her husband Babis Anagnostopoulos, these suspicions were soon disproved. By the time Caroline’s memorial service on the island of Alonnisos, where she grew up, came around, Anagnostopoulos was arrested, eventually admitting to killing his wife.

To begin with, however, Anagnostopoulos wove a completely different tale to the one he’d eventually confess to, claiming burglars had killed his wife, and tied him up.

The Greek authorities, though, found no trace of any gang carrying out the actions claimed by Anagnostopoulos, or that his wife was suffocated, or thousands in cash stolen.

Caroline, originally born in Liverpool, was found in her bed in Athens, alongside her 11-month-old daughter, who was not harmed in the incident.

Pavlos Kapantais, a journalist who covered the murder investigation, discussed the case on Channel 5’s new documentary Caroline: The Murder That Fooled the World.

He noted how Anagnostopoulos spoke to the media and public after Caroline’s death was confirmed, and at first was believable in his version of exactly what happened.

The journalist said: “He had said everything Greeks wanted to hear.

“It was foreigners that killed his wife, he had immediately abandoned the money to save himself, and his family but the burglars were really nasty.

“That shows how great he was at playing public opinion. That shows you how intelligent he was in understanding what Greeks want to believe.

JUST IN: Caroline Crouch murder: What happened to her baby and husband

“Of course, all of the mobile phone evidence reinforced all evidence available for his indictment.

Caroline’s case stunned Greece, and when Anagnostopoulos’ confession was given, an update on the investigation was made on TV, stopping coverage of Euro 2020 for Greeks.

In a statement from Hellenic Police, Anagnostopoulos admitted to smothering Caroline with a pillow in front of their baby after an argument.

This was backed up by Caroline’s biometric watch which noted her pulse readings throughout the day she died.

The statement continued: “Investigation of the homicide of a 20-year-old native that took place on 11 May 2021 in Glyka Nera.

“The perpetrator is her 33-year-old husband, who confessed to his act.”

The couple met while on the island of Alonissos and married in an intimate ceremony in Portugal in 2019.

A year later, their daughter was born.

Anagnostopoulos later admitted his actions came after Caroline told her husband she wanted to end their relationship.

He was described by the authorities as a “top class actor”, as a result of his staging of the crime scene, including handcuffing himself to the floor and covering himself in duct tape.

Caroline: The Murder That Fooled the World is available to stream on Channel 5.