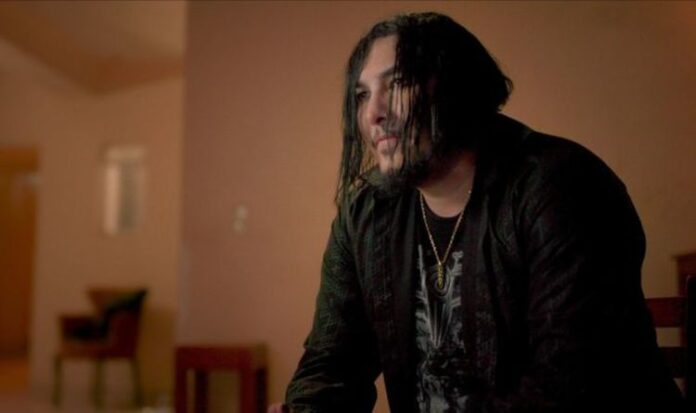 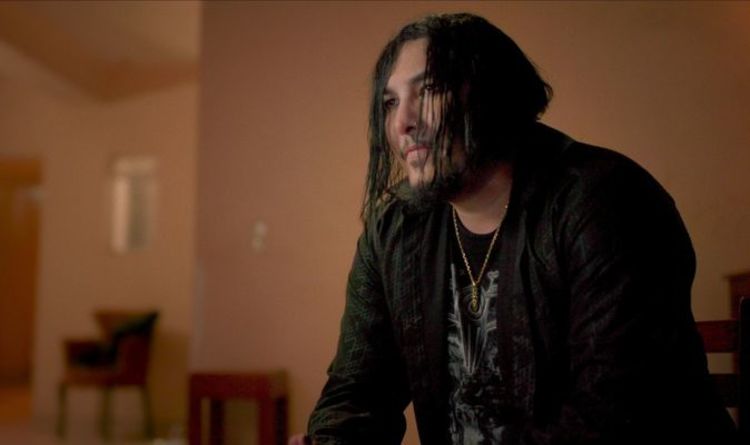 Crime Scene: The Vanishing at the Cecil Hotel premieres on Netflix worldwide on Wednesday, February 9. The four-part series revisits the disappearance and death of 21-year-old Canadian student Elisa Lam, who was last seen in an elevator at the Cecil Hotel. The documentary includes interviews with people close to the case who have never spoken publically before including the musician Morbid and the hotel manager Amy Price. Director Joe Berlinger spoke to Express.co.uk and other press about the documentary and in particular, about Morbid.

He is best known for his film Necromurder: A Black Metal Story, which he wrote, directed, produced, starred in and composed the music for.

Vergara is also an avid composer, musician and producer with a 25-year career in the death metal industry.

Lam’s body was found on February 19, 2013 in the water tank of the hotel, but there was no evidence of foul play.

As a result, her death was shrouded in conspiracy theories, particularly after the story of Lam went viral after LA police released CCTV footage of her last-seen moments in the Cecil Hotel elevator.

READ MORE How many episodes are in The Vanishing at the Cecil Hotel?

In the elevator, Lam can be seen acting strangely, stepping in and out of the elevator, pressing every button on the panel, making random hand gestures and appearing to talk to somebody outside who is not in view.

Internet sleuths began their own hunt for the killer and in episode three, of Crime Scene: The Vanishing at the Cecil Hotel, viewers learn Vergara became a wrongly-accused suspect amongst the online community.

Online sleuths pointed to Morbid due to his chilling lyrics, which included a reference to a girl drowning and his dark videos addressing death.

Vergara had also stayed at the Cecil Hotel in the past but he was not there at the time Elisa went missing.

At the time, Vergara had been staying in Mexico, recording his album and had passport stamps which proved his whereabouts.

The Cecil Hotel booking system also proved Vergara had not checked in at the time Lam was staying at the hotel.

Morbid was a completely innocent party in the case of Lam, who has been irrevocably changed by the entire event.

In the documentary, Morbid details how his life was impacted by the accusations and revealed he attempted to take his own life.

Morbid also voiced his anger he received no apology from those who targeted him, despite Lam’s death being officially ruled as an accidental drowning, with bipolar disorder being a contributing factor.

Director Joe Berlinger explained to Express.co.uk and other press he wanted to challenge the viewer by introducing the case of Morbid to the narrative.

He explained: “I want viewers to experience Pablo as the web sleuths did and, do people think at the time he is first mentioned, ‘Oh, yeah, that guy must be the killer, look at what he’s singing about, look at what it looks like’, only to find out at the end,  he’s actually a sweet guy who was deeply hurt by all this and it kind of ruined his life because that’s the whole point of cyberbullying and that’s the whole point of jumping to conclusions based on circumstantial evidence.

“Boy, this case has a tonne of weird coincidences like the Lam Elisa tuberculosis test or, you know, where she’s buried in the same place that the bookstore registrar for the website is located.

“I mean, there’s just a lot of strange coincidences, but none of that is a replacement for cold hard facts.

“And I think that’s what’s lacking in our political discourse and in you know, just in general, you know, we live in again in this kind of Post-Truth world that I find, you know, quite disturbing.”

He added: “I thought it would be kind of an interesting way to turn the genre, the true-crime genre on its head a little bit and take a very famous story that leans into the paranormal and spooky and ultimately pick that apart and set the record straight as to what we think really happened.

“Because there’s a big danger to jumping to conspiracy theories, and just, and an even bigger danger not understanding that literally, every case that I’ve ever been involved in has circumstantial evidence, but unless you have corroborating physical evidence or forensic evidence, you can’t jump to the conclusion something bad had happened.

“And I think that’s exemplified why we highlighted and I fought so hard to get Pablo Vergara, the musician called morbid in the show because he was cyberbullied because and almost took his life because people were convinced that he was the killer.

“And I think, you know, it was an opportunity to kind of play with the genre, and set the record straight on a very famous story that has been told, I think, irresponsibly because, as I said, it’s I think it’s very disrespectful to the victim of the tragedy to dismiss it as a ghost story.

Berlinger also shared at first Vergara was reluctant to take part in the documentary.

He said: “I thought, we need to get a certain level of people who haven’t spoken before to justify doing the show so that we could really give a 360 view of really what happened instead of pandering to the ghost story aspect of it.

“We were really happy that Amy Price, who is the manager of the hotel who hasn’t spoken before, agreed to speak and I was just very impressed with her to take on things and, you know, her defence of all of their the hotel’s actions, to me all made sense.

“It was great to get the actual, hotel employees, Santiago Lopez who discovered the body. He’s given interviews before, but he’s a bit reluctant in general to speak. So we were glad he came on board.

“The pathologist, Jason Tovar, has not spoken before. So we were happy to get him and, one of the lead police detectives.

“That was kind of the critical mass for me of getting people who hadn’t talked beforehand, of course, Pablo Vergara, Morbid, was quite hard to convince to do the show, but he eventually agreed to do it.”

Where is Morbid now?

Director Joe Berlinger had some positive news to share about Vergara today.

Berlinger shared: “He and I actually, communicate from time to time, since we finished filming, and he keeps me updated on his activities.

“I’m really happy to report that he’s recording again, and he found the whole experience to be, you know, by participating and kind of getting it out there, even though he’s nervous about the show coming out and what people will think and reliving the nightmare, he’s actually started recording music again he’s found his groove again and is able to do his art.

“You may not agree with, you know, the style of music or what he has to say, but, you know, there’s nothing worse than somebody feeling like their whole artistic, inspiration get completely zapped and destroyed. And I think he’s gotten that inspiration back.”

Cecil Hotel Netflix: Who is Morbid? Where is he now?