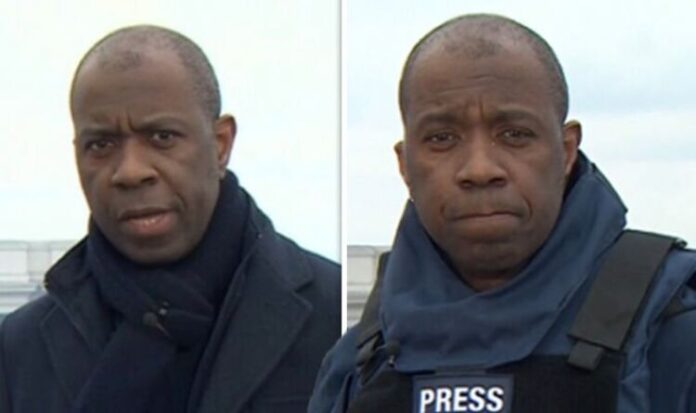 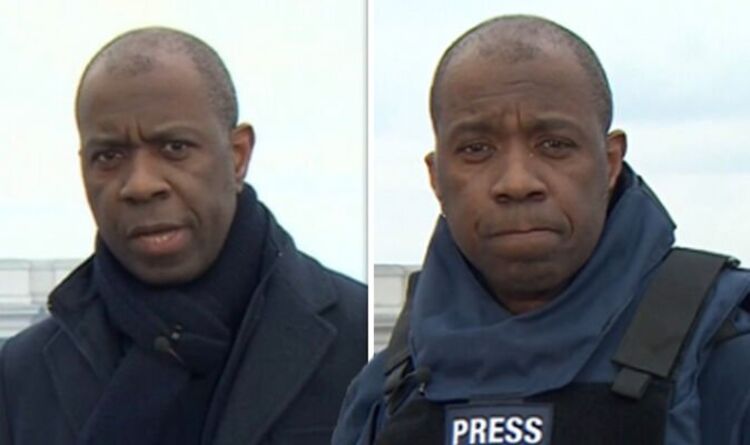 Clive Myrie is currently in Ukraine reporting for the BBC on the country’s conflict with Russia. Vladimir Putin has launched a full-scale assault on Ukraine with its military attacking the country from the north, east and south. During a live segment on Thursday’s BBC News, viewers noticed the reporter changed attire midway through the segment as sirens blared around him.

The pair were standing in front of St. Michael’s Golden-Domed Monastery.

Clive began the segment wearing a scarf and coat before the pair were seen wearing flak jackets moments later.

He said: “We heard the air raid sirens, we have put on our flak jackets.

“Watching Clive Myrie report from the Ukraine with sirens going off is terrifying. Stay safe and get home! #RussiaUkraineCrisis #PrayingForUkraine,” @Jonno2601.

Chilling moment BBC’s Clive Myrie puts on flak jacket reporting in Ukraine ‘Get him out!’