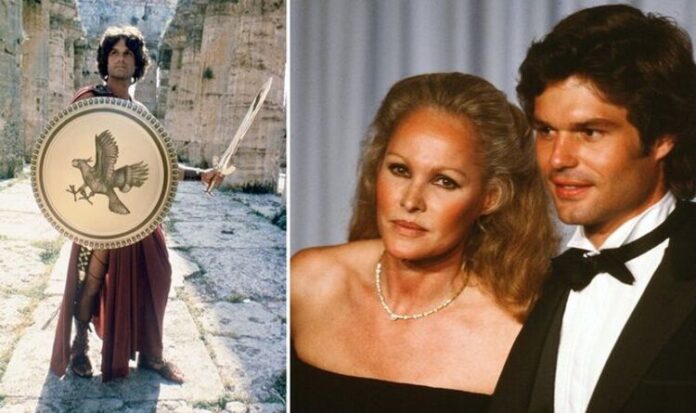 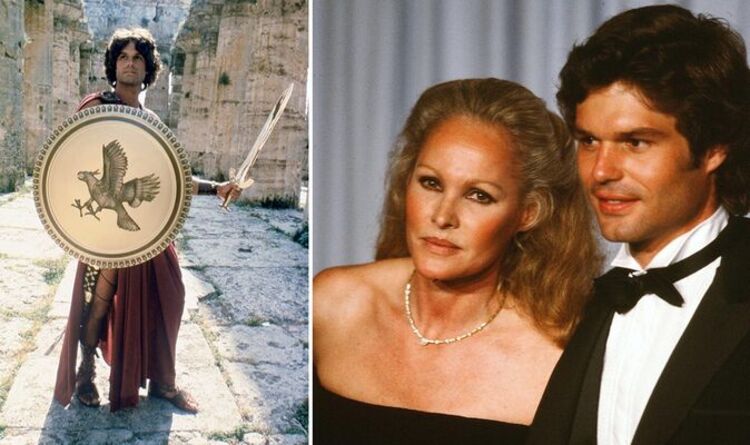 The 1981 Clash of the Titans was loosely based on the Greek myth of Perseus and needed the right man for the lead role. Harry Hamlin managed to bag the part having beaten Arnold Schwarzenegger, who producer Charles H Schneer felt was overtly muscular and not yet fluent enough in English. Shakespearean star power in the likes of Laurence Olivier and Claire Bloom were hired to play the Gods, to help the fantasy epic’s chances at the box office.

Although Zeus star Olivier was so ill during the production he would often walk over to the burly Pat Roach, who played Hephaestus, and lean on him saying: “Let me draw some of your strength, dear boy!”

And then there was Bond girl Ursula Andress, who was cast as Aphrodite. Although she shared no scenes with Hamlin, the pair with a 16 year age gap hit it off straight away.

For the 40th anniversary of Clash of the Titans, the Perseus star shared how was very familiar with her Bond girl Honey Ryder in 1962’s Dr No. He said he even had a Playboy layout of his future lover when just 13, after his parents bought him a five-year subscription for Christmas.

The 28-year-old met the 44-year-old beauty at the cast dinner in London where he was sat next to her.

Speaking with Yahoo!, Hamlin remembered of the 1979 encounter: “Everyone came, and they sat me next to Ursula. I didn’t know what to say to her exactly, but somehow the subject of flea markets came up, and I said that I’d been to a flea market the week before I flew over to London. When we got to Rome to start filming there, she called me at the hotel one day and said, “I’m only five houses down from the hotel, and there’s a flea market tomorrow on the Porta Portese. Do you want to go?’ So that’s how that happened!”

But during the filming of Clash of the Titans, director Desmond Davis became paranoid that his Perseus star was having another affair with a woman he fancied in the crew.

Hamlin’s wife Lisa Rinna, who he later married in 1997, shared on The Real Housewives of Beverly Hills: “He said she called him and said, ‘Harry, come to my room.’ And so he did, at 28 years old, he went in and she got pregnant that night. And that was that, at 44. First time.”

In 1980, his son with Andress, Dimitri Hamlin, was born and the pair remained a couple until 1983 when they split despite having gotten engaged.

At the time, the Bond girl told People magazine: “I want to be with him but he wants to go out. I was always very possessive, and for Harry, his career is the main thing.”

Clash of the Titans: Harry Hamlin and Ursula Andress romance ‘The Director was so jealous’