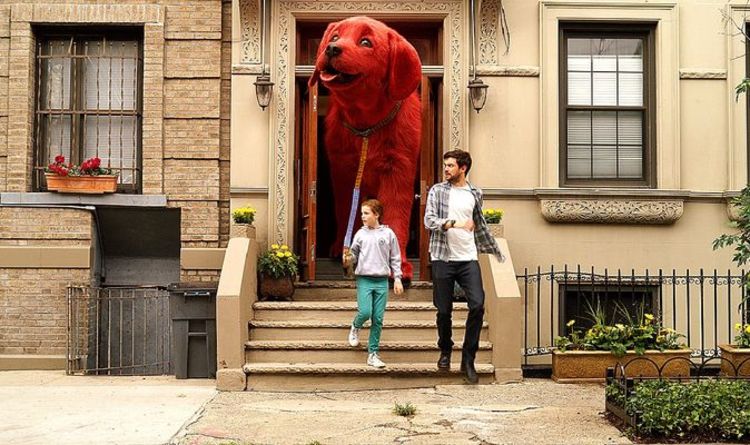 As it’s for a cheap family film starring a CGI dog and, ahem, Jack Whitehall, this feels about as trustworthy as that Vote Leave bus ad promising the NHS £350m a week. A scramble for seats is unlikely. Still, pet-loving tots should lap up this big-hearted adventure based on Norman Bridwell’s children’s books. Clifford is an alarmingly red and unusually big puppy sent to teach a bullied girl and her feckless uncle the power of love.

Twelve-year-old Emily Elizabeth Howard (Darby Camp) is branded “Food Stamp” when she lands a scholarship to a fancy school frequented by spoilt rich kids. The misfit faces another challenge when she is left in the care of her unemployed man-child Uncle Casey (Jack Whitehall) while her single mum Maggie (Sienna Guillory) leaves town on business.

“How big is he gonna get?” she asks. “That depends… on how much you love him,” responds Mr Bridwell, cryptically. It turns out that Emily loves him a great deal. Within hours of sneaking him into her cramped apartment, the pooch has grown to the size of an elephant.

When footage of Clifford goes viral, evil biotech boss Zac Tieran (Tony Hale) tries to capture the mutt to harvest its growthspurting DNA. As parents are confronted with yet another E.T. rip-off, kids are hit with pratfalls, along with lessons about the importance of kindness.

Clifford the Big Red Dog REVIEW: Yet another ET rip-off with cheap animations