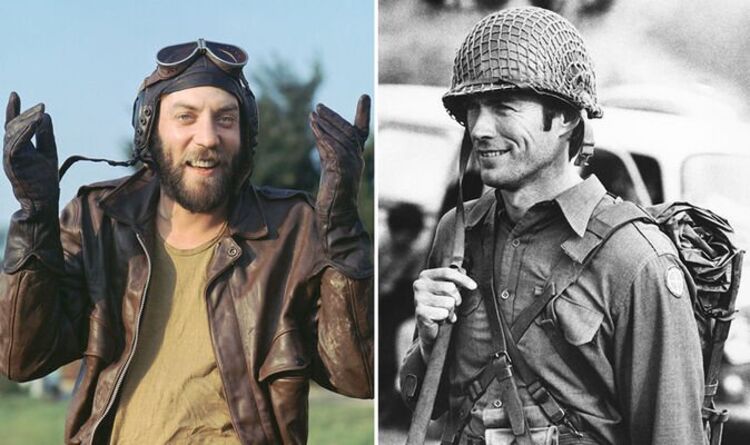 Sutherland’s then-wife Shirley Douglas, the mother of Kiefer and Rachel, received a telegram telling her to come to Yugoslavia immediately, but warning that her husband would probably be dead before she arrived.

Of course, he did get better, but also during filming she was arrested back home in the USA, which Eastwood had to break to the Oddball actor.

At the time, the FBI’s COINTELPRO was working to undermine the Black Panthers and Douglas had been campaigning for American Civil Rights and against the Vietnam War.

She had helped fundraise the group Friends of the Black Panthers but ended up getting arrested in LA after trying to buy hand grenades for the group from an undercover FBI agent using a personal cheque.