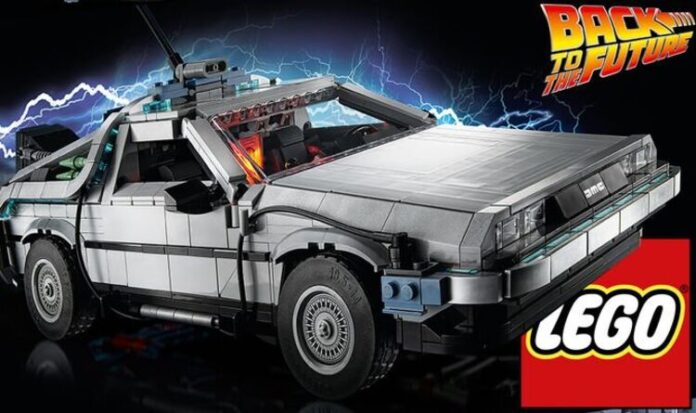 LEGO has just announced the launch of its latest set with Back to Future fans getting the chance to create their very own time machine. Yes, the DeLorean car that took the 80s by storm will soon be available to piece together out of over 1,800 bricks.

This classic set even includes the glowing flux capacitor which powered Marty McFly back in time during the 1985 Hollywood classic.

For those that remember the end of the original film – when Doc Brown returns from the future in a flying version of the car – there are some fun little extras including foldable wheels and a banana and tin to power the Mr. Fusion device.

FIND THE BACK TO FUTURE DELOREAN HERE

To give this set some longevity, it also features three distinct building options: choose which car from the Back to the Future films you want to build first; rebuild to create the other versions.

It’s a nice touch from LEGO and means you get more build time from one set.

Along with the DeLorean, there are also two minifigures which include little replicas of Marty and Dr Brown.

“Universal, Amblin Entertainment and the Back to the Future filmmakers are delighted to have partnered with the LEGO team in the creation of this fantastic kit,” said Bob Gale, co-writer and co-producer of the trilogy. “In the movie, Doc Brown spent almost 30 years and his entire family fortune to build his Time Machine. Fortunately, you’ll be able to build this LEGO model in significantly less time and with far less expense – although your completed version will be unable to travel through time!”

Fancy a blast from the past? The Back to the Future Time Machine will be available from April 1 and costs £149.99.

Coolest LEGO set ever? New Back to the Future DeLorean looks out of this world