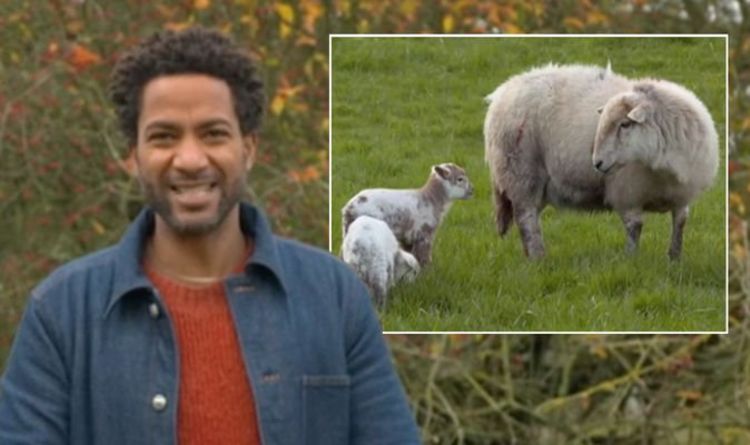 Countryfile took a trip down memory lane on BBC One as presenter Sean Fletcher showcased a host of special clips from 2020. Sean took a look back at the wildlife that made their homes in curious places during lockdown. However, fans of the nature show were disappointed at the Review of the Year Compilation and took to Twitter to complain.

Sean introduced: “It’s fair to say that 2020 was a year like no other, it certainly had its downsides.

“But there were new beginnings and that’s what we’re here to celebrate today as we take a trip down Countryfile memory lane to the profound effect our countryside has had on us.”

The presenter continued: “One thing that’s beyond question is that 2020 the year the world slowed down and we rediscovered the wonders of nature.

“Whether it be enjoying the great outdoors, getting productive in an allotment or like me chilling in a garden.”

A third added: “Seriously #countryfile you’re talking about 2020 and the odd animal happenings?… 1) we’re fed up with that year 2) bit late to talk about 2020 now…@BBCOne.”

Someone else tweeted: “Review of the year is a tough gig on #countryfile. It’s only 6.06pm and at July already.”

“It’s compilation #countryfile tonight, we don’t need any further reminders of 2020 thanks,” another added.

“Jesus I can’t watch any more sorry folks, just not in the mood lately #countryfile” a sixth added.

Elsewhere in the programme, Sean showcased stories of wildlife making its home in interesting places during the pandemic.

In Wales, a group of Kashmiri mountain goats headed into Llandudno town centre while a deserted York train station saw a goose lay a nest of four eggs in a plant bed.

The presenter later caught up with young people at the forefront of the battle to protect the environment.

Countryfile continues on BBC One Sunday at 6pm.

Countryfile viewers ‘turn over’ as BBC show airs 2020 compilation ‘We don’t need it!’