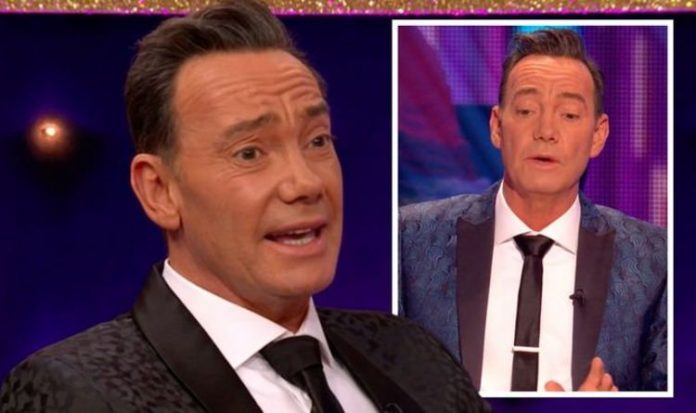 Craig Revel Horwood has come under fire after appearing in a commercial for a bed company that may have broken strict BBC rules. The Strictly Come Dancing judge features in an ­advertising campaign for Dreams, which uses his show catchphrase, “fab-u-lous”. However, BBC editorial guidelines state that any promotional work undertaken by its stars should not “mimic or ­replicate their on-air roles” for the corporation.

Craig has signed a deal to become the face of the Dreams’ range, advertising a variety of beds.

In the commercial campaign, the Strictly star can be seen doing dance poses in bed.

A section on the official Dreams Instagram feed showed a promotional picture of a blurred Craig cradling a log.

The caption read: “Log’s made a new fab-u-lous friend. Can you guess who it is?”

However, BBC editorial guidelines state that any promotional work undertaken by its stars should not “mimic or ­replicate their on-air roles” for the corporation.

This “includes any iconic Strictly phrases being used for ­commercial ­associations”, such as “­fab-u-lous”.

After the apparent rule break was raised with the BBC, Craig’s Strictly catchphrase has reportedly now been deleted from the Instagram feed.

In the Dreams campaign, Craig critiqued his own dance themed sleeping positions for the firm’s “Sleep Like a Log” guide book.

BBC sources also reportedly accepted that Dreams using “fab-u-lous” phrase did breach the rules, but said as soon as the error was identified, it was “amended and removed”.

Craig’s spokesperson insisted other parts of the campaign related to his work outside Strictly.

He said: “Craig is a ­professional dancer and choreographer and has been, long before his involvement in Strictly.

“He was asked to create these sleep positions for the campaign due to his ­profession and expertise as a ­choreographer and dance creator, a role he doesn’t have on Strictly.

“The dances identified are common dance terms and not unique or exclusive to Strictly,” they told The Mirror.

This isn’t the first time an on-screen star has come under fire for breaking the BBC rule.

DIY SOS star Nick Knowles was replaced for the show’s Children in Need special after he featured in a Shreddies advert.

In the cereal commercial, the presenter played a builder helping a family, while describing himself as “Nick ‘get it done’ Knowles”.

The appearance in the advert was found to be against BBC ­guidelines and he had to step back from the show as the ad was still running.

However, the star has since confirmed he will be returning to DIY SOS in 2022.