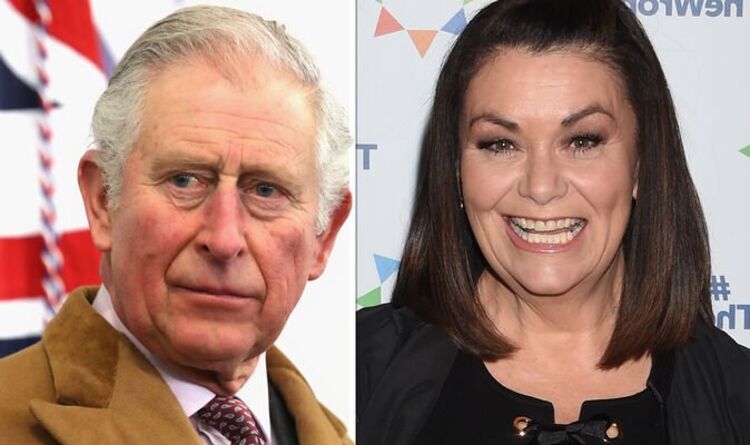 French has never been one to mince words during her career. The British star made a name for herself by being the quick wits behind the legendary show Absolutely Fabulous (Ab Fab). Since then, she has appeared in countless franchise movies, including Harry Potter, David Copperfield, Death on the Nile, and the Narnia series. During a premiere for the latter, she embarrassed herself when she met the Royal Family.

During the show, she mentioned her one-woman show Dawn French is a Huge T**t. She explained: “Everyone asked me not to be so cruel to myself, but it is true, it’s probably true of everyone. It’s a show about all the times I have done stupid things, which is alarmingly often. You name it, I have done it.”

The 64-year-old then regaled audiences with the tale that involved her making a sexual joke to Prince Charles’ face.

French recalled: “I was in the line-up to meet Prince Charles at the premiere of Narnia in which I played Mrs Beaver. When he asked me what I did in the film, I said: ‘Tonight, Your Royal Highness, you will see my beaver.'”

The Prince was no doubt either mortified or confused by the comments (or both) and it sounds like he didn’t know what to do next. French remembered “sort of smiling” at the Prince, before he reacted to her comments.

Death on the Nile is the direct sequel to the 2017 blockbuster Murder on the Orient Express. The movie follows the classic murder-mystery savant Hercule Poirot, played by Branagh.

French plays Mrs Bowers in the movie, and was extremely pleased to discuss the new franchise movie.

French told Graham Norton: “It is a beautiful film, and I was on my best behaviour. With [close friend] Jennifer [Saunders] in it too, the temptation to parody everyone was huge, but Ken Branagh is very strict.”

Death on the Nile is in cinemas now.

The Graham Norton Show airs on BBC One tomorrow at 10:35pm.