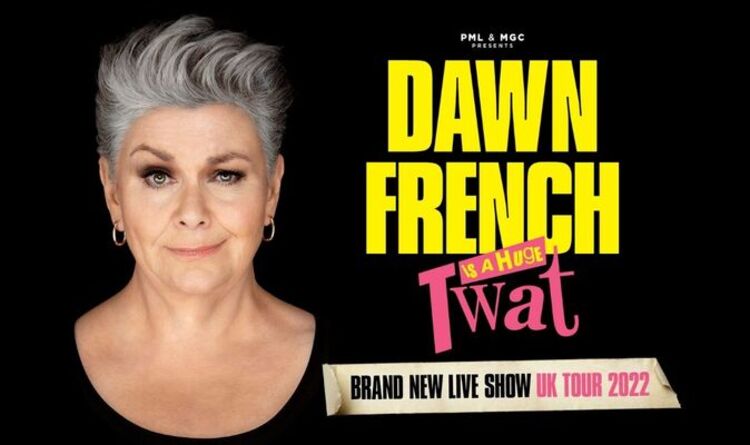 She added: “Roll up! Book early to see the telly vicar lady be a total t**t on stage, live in front of your very eyes. And ears.”

Speaking on The Graham Norton Show, while promoting the new tour, French responded to hopes of a French and Saunders continuation. She said: “There are no plans at the moment, but we are doing something for Comic Relief this year. I think the time for the sketch show is over, but Jen and I are like kids when we get together and have lots of fun thinking about it – the likes of Line of Duty, Killing Eve and The Crown are just begging for it!”

There’s plenty to look forward to from the star, and she can be seen in cinemas now in Death on the Nile.