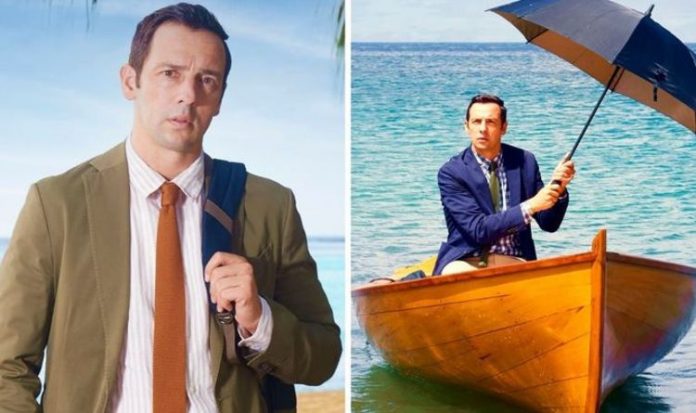 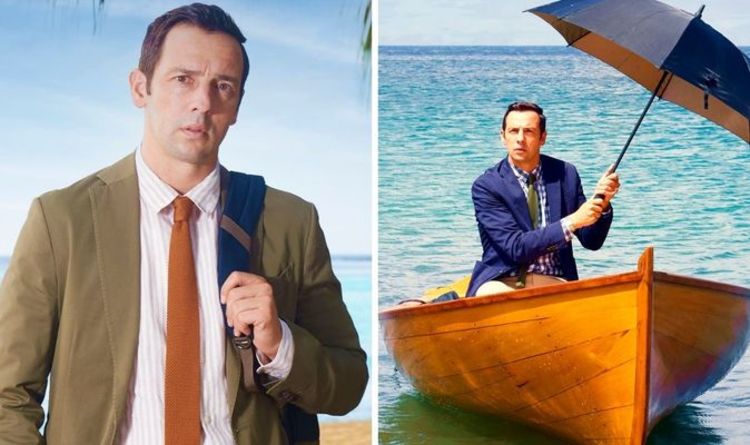 Death in Paradise star Ralf Little, who plays hypochondriac DI Neville Parker, has dropped a cryptic clue that island life “comes at a price” for his character. Neville, who seems to be allergic to everything on the fictional island of Saint-Marie, could soon find himself struggling to cope on the BBC series. Ralf has hinted “every new thing he tries comes at a cost”.

Ralf has just finished filming series 11 of the BBC drama, but in a new interview, the actor addressed how his character has developed over the past two years on the island.

“For a character to work coming into a series, they have to arrive struggling with something.

“If they don’t, it’s all too easy and viewers – whether they realise it or not – aren’t interested in a character with no issues.”

Neville took over from Detective Inspector Jack Mooney temporarily, then was deemed too ill to fly home and when the time finally came he decided he wanted to stay on Saint-Marie

Ralf explained: “Neville’s thing when he arrived was dealing with the fact that he loved the idea of being on the island, but the island didn’t like him. He was in battle with it all the time.

“If there was a beautiful palm tree that he thought was gorgeous, you could guarantee he’s allergic to the pollen, and the sand played havoc with his skin and the sun burned him.”

The actor said ultimately he thought Neville was a really interesting character to portray on the show.

He joked: “It’s very possible that Neville could have been a good football player.

“He’s not incapable, but the fact is, instead of becoming a good football player, he was allergic to the pollen in the grass so he’d play for five minutes, start sneezing and his mum would be like, ‘Come on let’s take you home and make sure you have an inhaler’.

“Neville never really gave himself the chance to live a full life and be good at stuff, it just wasn’t worth the hassle. Even something like meeting his friends for a curry night would be too much hassle because even a chicken korma might bring him out in a sweat.”

Neville’s allergies include the sun, mosquitos, bugs in general and sand, and Ralf has questioned whether his character’s job is worth the risk.

Despite his allergies, Ralf explained Neville has started to love living on the island but revealed it “comes at a price”.

Ralf said: “Every time he tries something new there’s probably something he has to deal with, whether it’s too much spice and having to get a cold compress, or having to spend all night on the toilet.

“Every new thing he tries comes at a cost, but it’s a cost he has learned is worth paying to live a fuller life.

“And that, I think, is a lovely character progression.”

With everything coming at a cost for the detective, will Neville soon discover a more sinister allergy?

Could the hypochondriac end up suffering a huge loss in the upcoming series linked to his sensitivity to so many things?

Death in Paradise begins Friday, January 7, 2022, at 9PM on BBC One and BBC iPlayer.