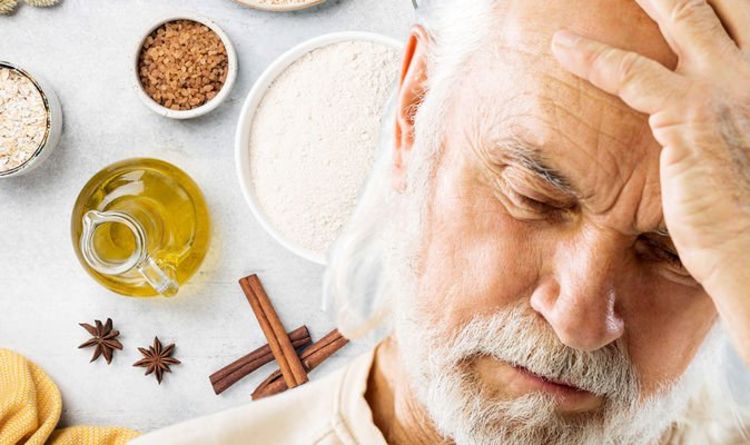 Dementia plagues families and healthcare systems alike and the burden is set to become more heavy over the coming decades. That’s because people are living longer than ever before, although dementia is not caused by the ageing process. Research into the most common form of dementia – Alzheimer’s – suggests a widely consumed ingredient can raise your risk.

The findings are particularly concerning in light of Public Health England’s Sugar Reduction report published last year, which found Brits consumed a total of 2,900,197 tonnes of sugar in 2019.

This represented a 2.6 percent increase on the year before.

“Aberrations in glucose metabolism have been observed in Alzheimer’s disease, notably the progressive decrease in glucose utilisation in the cortex and the reduced expression and binding of insulin and insulin-like growth factor receptors in the cerebellum,” noted Christopher N. Ford, PhD, MPH, of Rush University Medical Center in Illinois, who was involved in the study.

“All sugars share the same basic chemical structure, and they include the monosaccharides, glucose and fructose, and the disaccharides lactose, sucrose and maltose. Most sugars readily convert to glucose, whose metabolism is regulated by insulin and the insulin-mediated glucose transporter GLUT4, which is highly expressed in the hippocampus and may play a role in memory.”

Mr Ford and colleagues analysed data of 837 participants of the Rush Memory and Aging Project to assess the association between sugar intake and cognition.

They included data of participants with complete food frequency questionnaire data who were not missing sugar intake, had at least two assessments of cognitive function and did not have dementia at baseline.

The researchers evaluated global cognition according to the outcomes of a host of 19 cognitive tests.

Steps were taken to account for the impact of race/ethnicity, age, sex and time interactions for education, total energy, alcohol intake and high-density lipoprotein cholesterol (HDL-C) on outcomes.

Further, they assessed the link between total sugar intake and risk for Alzheimer’s disease.

Across 5,098 person-years of follow-up, the researchers reported 200 cases of Alzheimer’s.

“Future studies should more carefully explore the role of added sugar as well as the potential mediation of the relationship between total sugar intake and cognition through total energy,” Mr Ford said.

“Studies have shown a relationship between intake of sugary beverages and preclinical markers of Alzheimer’s dementia. In our future directions, we aim to examine the impact of total sugar intake on brain imaging.”

The study follows research presented at Alzheimer’s Association International Conference, which showed that sugary drink intake is associated with an increased risk of Alzheimer’s disease.

No matter the form of sugar – fizzy drinks, sweets, cakes – those who had the highest consumption of sugar in the study were found to have the highest risk of developing Alzheimer’s.

Alzheimer’s – how to spot it

The symptoms of Alzheimer’s disease progress slowly over several years. Sometimes these symptoms are confused with other conditions and may initially be put down to old age.

“In the early stages, the main symptom of Alzheimer’s disease is memory lapses,” explains the NHS.

For example, someone with early Alzheimer’s disease may:

Dementia: The 54p ingredient that increases Alzheimer’s risk – tonnes are consumed in UK

Rhinoviruses are soaring in England due to easing of coronavirus restrictions...